Nepal has gained the moniker ‘Amazon of Asia’ due to the biodiversity of flora and fauna that inhabit its lands, from tropical Terai jungle to its snow-capped alpine climate. Yet fifty years ago, hunting threatened to push some of its species to extinction.

In recent years, Nepal has been recognized internationally for its conservation efforts, especially its fight against the illegal wildlife trade of vulnerable greater one-horned rhinos, red pandas and endangered Bengal tigers.

By protecting its unique vegetation, working alongside local communities to help with forestry management, and forming wildlife corridors, Nepal wildlife has managed to recover population sizes to record numbers. Moreover, Nepal has managed this impressive feat in the face of a growing wildlife trafficking trade in Asia.

Here are five facts about wildlife and conservation that has helped establish Nepal as a global leader in conservation. 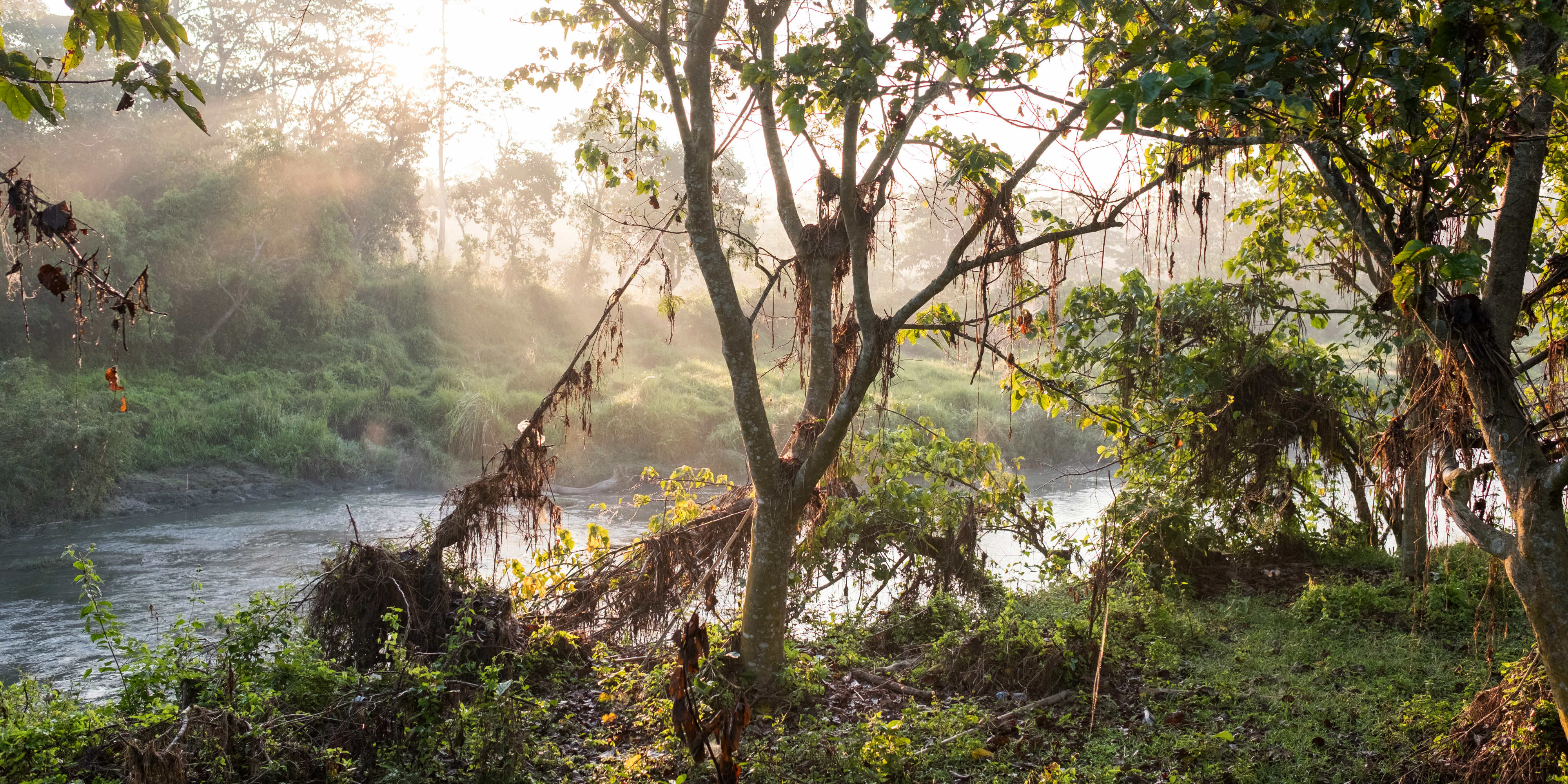 Nepal has declared 20 percent of its land as protected areas, demonstrating the importance that wildlife has for the country. By comparison, Nepal’s neighbor India has dedicated five percent to wildlife reserves and national parks.

The establishment of the National Park and Wildlife Conservation Act in 1973 meant conservation efforts began almost fifty years ago. Today, the Nepal government works alongside international NGOs such as the World Wildlife Fund (WWF) and local communities to deliver sustainable conservation targets.

Nepal has achieved a number of consecutive ‘zero poaching’ years in its national parks, despite the growing demand for illegal wildlife trade. It is regarded as a world leader in conservation of endangered species, and the country hosted the world’s first summit named ‘Towards Zero Poaching’ in 2015.

2) Nepal is set to double its number of Bengal tigers 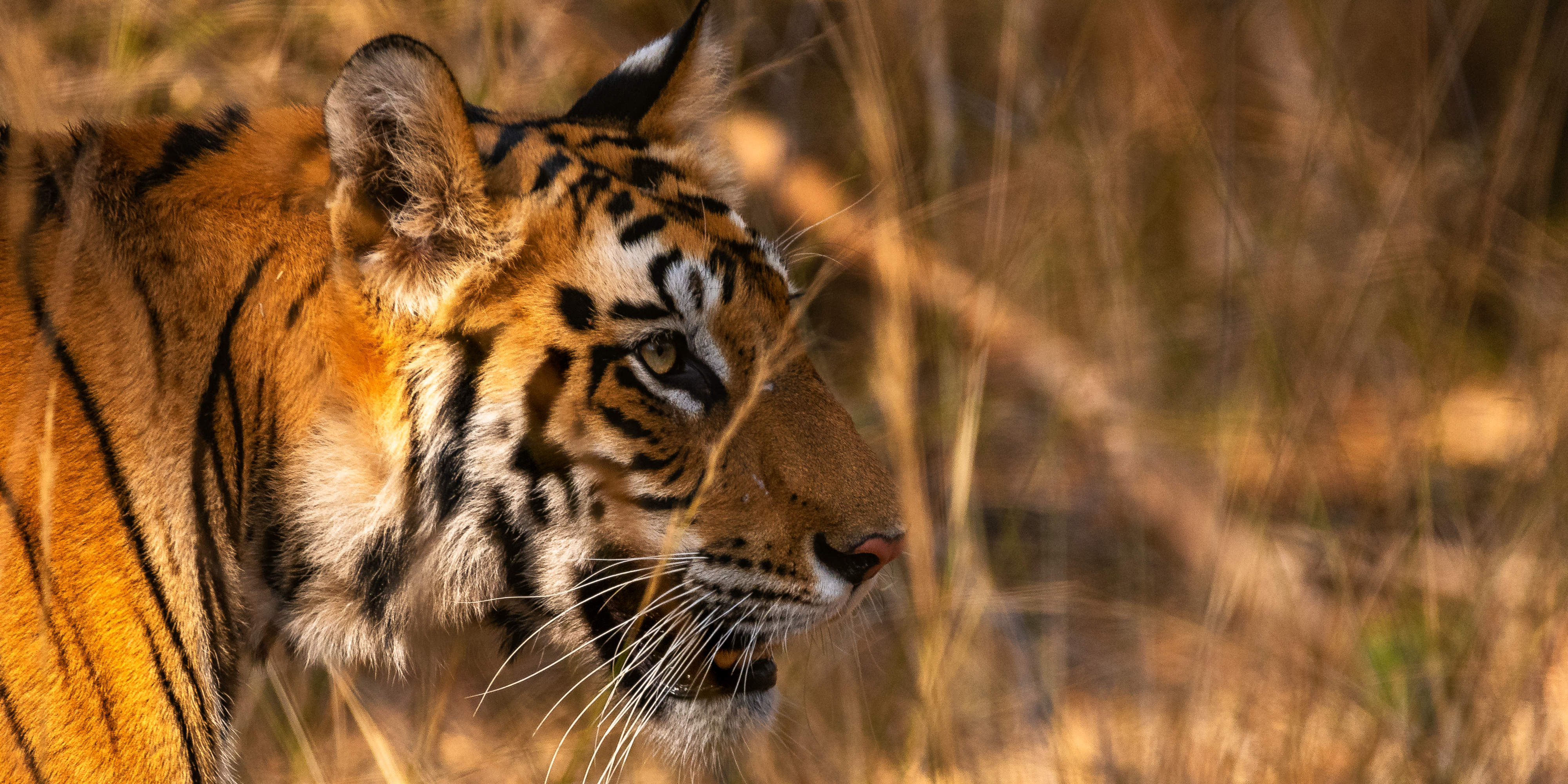 Nepal wildlife conservation efforts have allowed the endangered Bengal tiger to bounce back from the brink of extinction, in defiance of the poaching threat that has blighted tiger populations worldwide. Scientists estimate that there are now 235 tigers in the wild in Nepal, whereas in 2009 there were just 120.

The rapid recovery of this species is largely thanks to anti-poaching rangers, and by reducing human-wildlife conflict through building buffer zones around its national parks.

Nepal, despite being one of the smaller nations in the Global Tiger Initiative, is set to meet its 2020 target of doubling its tiger population. This is significant, as research shows that growing urbanization and deforestation has meant 93 percent of tiger ranges have been lost in recent years, but Nepal wildlife continues to defy this trend. 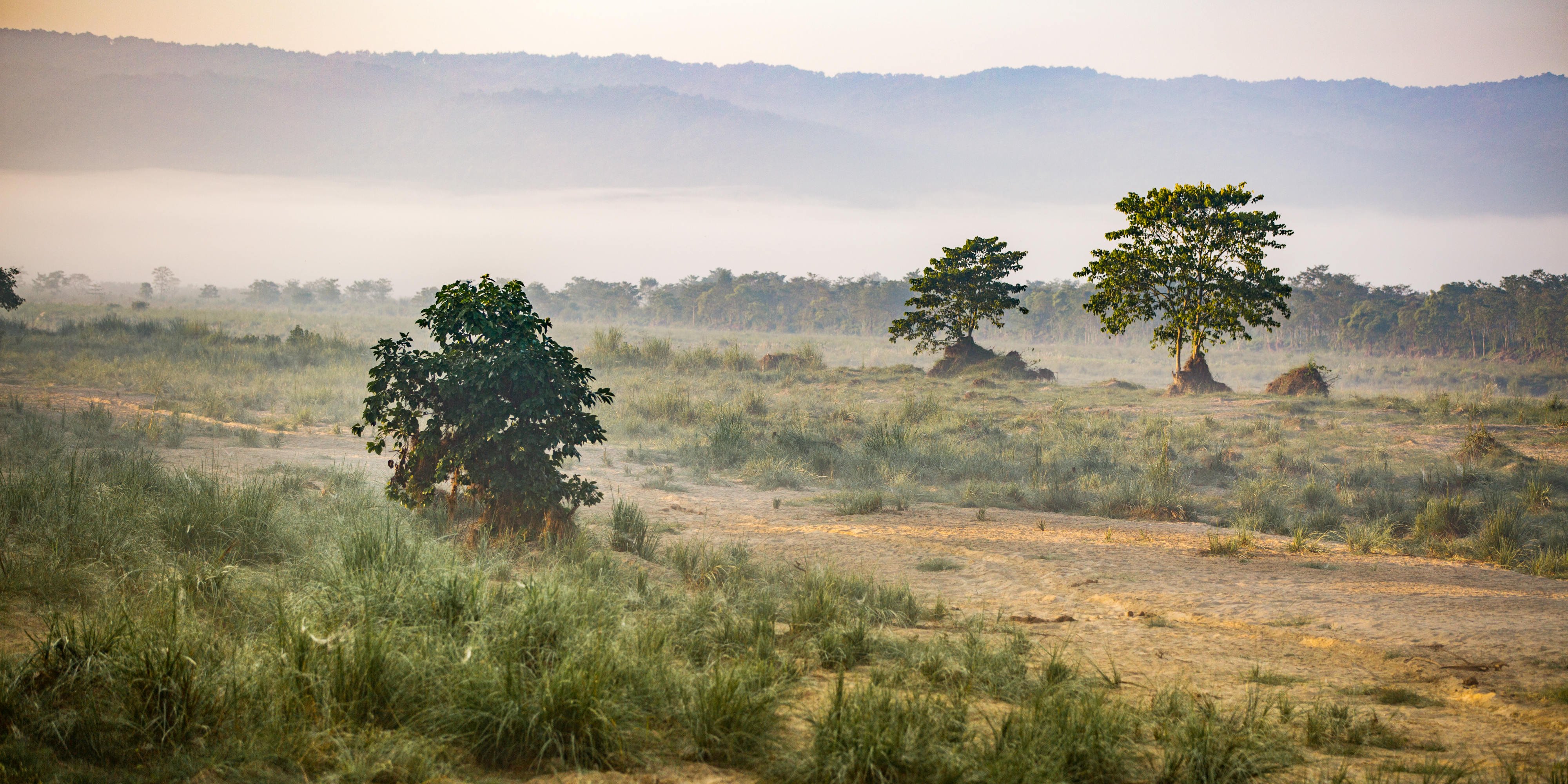 Loss of habitat and the fragmentation of land contributes to the decline of biodiversity and vegetation, so a sensible landscaping solution comes in the form of wildlife corridors.

Wildlife corridors are habitats that connect patches of land to facilitate the movement and safe passage of species between protected areas. This applies to both flora and fauna, through dispersal or migration. The idea is that by allowing free movement of Nepal wildlife, the incidents of human-wildlife conflict are reduced.

The Terai Arc Landscape (TAL) is a pioneering project that was established in 2001, and was a collaboration between the Nepalese government and WWF. The wildlife corridors connect 14 protected areas between India and Nepal.

The TAL project has been hailed a success story for its flagship species, the greater one-horned rhinoceros, through its exemplary use of community forestry. Local communities worked in partnership with the government or non-governmental organizations (NGO’s) to establish sustainable ways to maintain vegetation and harvest forest crops. In return, they received the ecological and socio-economic benefits from protecting their natural resources.

The national parks are not large enough to sustain the rare species of wild Bengal tigers and Asian elephants in isolation, but by linking these areas with wildlife corridors, the space created is sufficient for these populations to thrive.

These wildlife corridors are especially important for keystone species such as the endangered Indian elephant, which rely on nomadic feeding for 19 hours a day. Their role in spreading germinating seeds is vital for vegetation to survive, and this impacts the whole ecosystem. 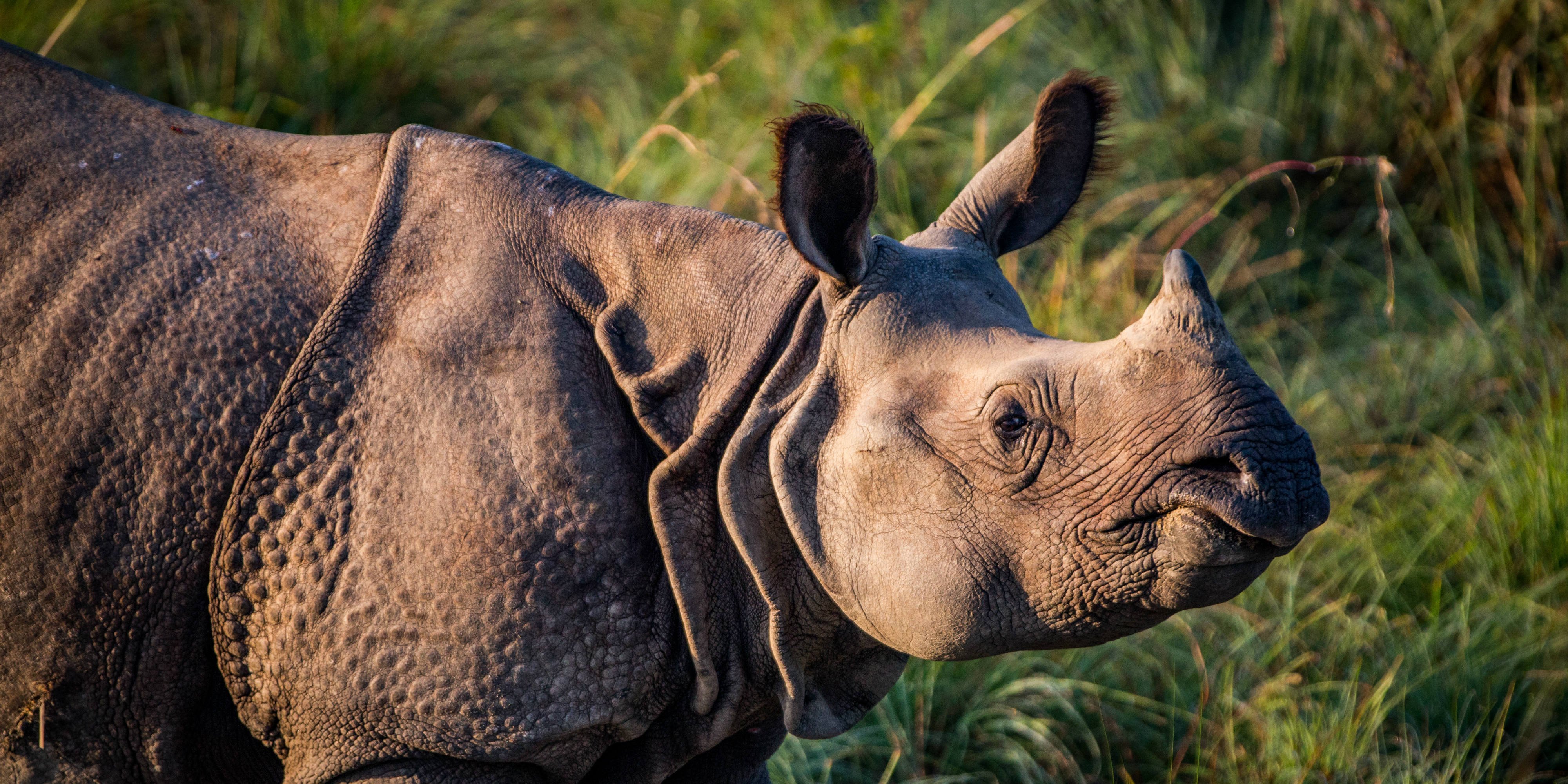 The black market in Asia has an ever-increasing demand for rhino horns, which are used in traditional Chinese medicine, or displayed to symbolize status. Other rhino ranges and territories in southern Africa have seen a dramatic rise in poaching in the past decade.

Yet Nepal has managed five consecutive years of zero poaching, helping safeguard the greater one-horned rhinoceros, and allowing it to battle back from near extinction.  By the end of the 20th century, it is thought only 200 of these animals remained. Now, there are more than 645 rhinos living in Nepal, making this the second largest population living in a country after India. 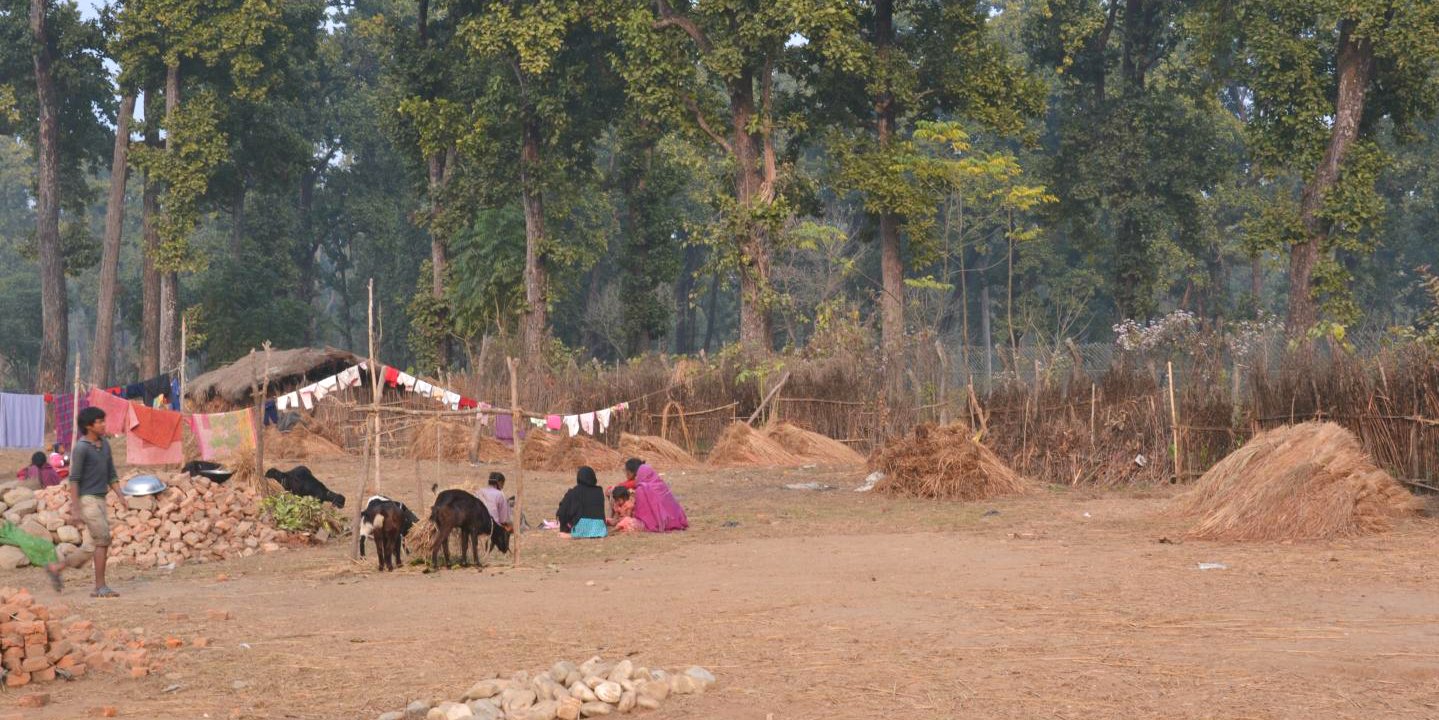 Community members reside near a buffer zone along the border of the Chitwan National Park in Nepal. Residents are allowed some access to the buffer zone to collect wood and grasses. Original photo: Sue Nichols, Michigan State University Center for Systems Integration and Sustainability.

When coordinated conservation efforts first began in the 1970s to protect endangered Nepal wildlife, the focus was mainly on protecting the megafauna of tigers and rhinos.

However, the rising numbers of these animals in subsequent years inevitably resulted in a rise in human-wildlife conflict, where crops were destroyed, livestock was killed, or people themselves were injured. The tension between the local communities and wildlife threatened the ongoing success of the projects and the viability of wildlife tourism.

Buffer zones were created around the national parks and wildlife reserves in 1996 to allow human settlement to continue adjacent to wildlife. The local communities began to plant mentha (mint), which proved to be a more lucrative crop than maize and wheat, and a natural deterrent for any roaming wildlife, such as rhinos.

Locals took ownership of the buffer zones, while becoming stewards and protectors of the wildlife and resources nearby. One of Nepal’s six conservation areas is wholly run by the local community.

Nepal has demonstrated that sustainable development is possible with limited resources. Despite its diminutive size, the country is a powerhouse in its conservation efforts to maintain Nepal wildlife, and an example of the long-term benefits of sustained projects, run in collaboration with local communities.

If you want to experience Nepal and make a difference through teaching or women’s empowerment, you could join our volunteering programs. If you are interested in a wildlife conservation internship, GVI has you covered.