Volunteer in wildlife conservation in Thailand 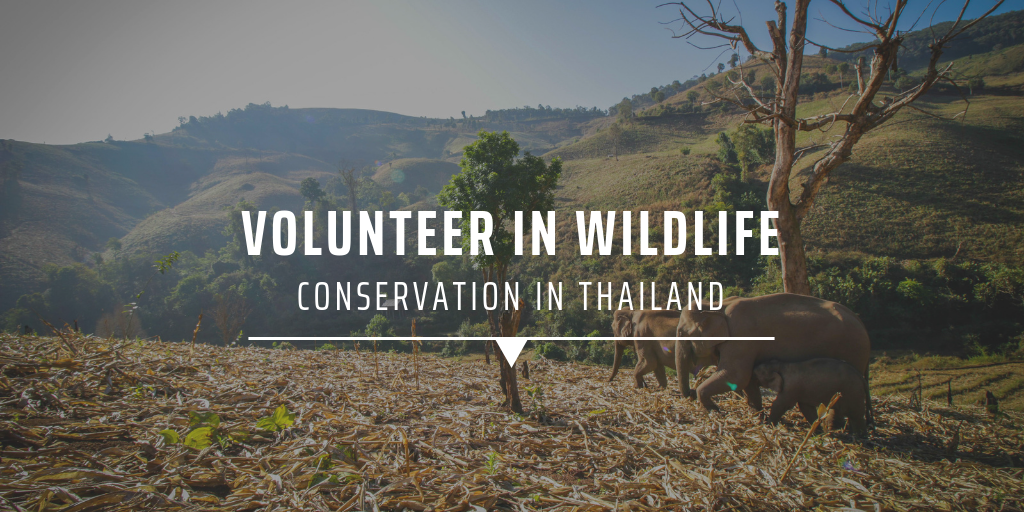 Our world, and the wildlife within it, is being threatened by unsustainable human behavior. This issue is prevalent in Thailand, as evidenced by often irresponsible practices within its wildlife tourism industry.

While immersing yourself in the coastal province of Phang Nga, or the jungle-shrouded mountains of Chiang Mai, you can play a role in promoting sustainable models of wildlife tourism, by contributing to marine and wildlife conservation programs on the ground.

Join the rising number of people all over the world wanting to make a difference and volunteer in Thailand with GVI.

Why is wildlife conservation in Thailand so vital?

Despite being the largest land animal on earth, the population of Asian elephants in Thailand is declining. The same applies to their dwindling habitat.

The need for conservation volunteering and education about these conservation efforts, is higher than ever. There are just 1,000 Asian elephants left in the wild and roughly around 3,000 in captivity.

Traditional elephant keeping communities, such as the villagers of Huay Pakoot in Chiang Mai, often have little means of generating income. Despite this lack of income, the elephants still need to be cared for – which is expensive.

Traditionally, elephants were put to work in logging. Since authorities have clamped down on illegal logging in Thailand, more often than not, these families are forced to push their elephants into tourist camps or put them to street begging in order to get themselves, and their families, by.

Unfortunately, these environments are largely unregulated, and the animals often face exploitation. They also deprive these animals of the social, mental and physical stimulation that they need.

But elephants in Thailand are not the only animals in need of conservation efforts. Wildlife such as tigers, gibbons, and lorises are just some of the few that would benefit from finding sustainable and alternative methods to the wildlife tourism industry.

What does wildlife conservation with GVI entail? One of the main aims of GVI’s Thailand based volunteer programs is to aid in understanding the effects of the growing changes in climate, as well as practically assisting in wildlife conservation efforts alongside local communities.

In Chiang Mai, one of your main focuses will be in monitoring the welfare of and contributing to the care of a herd of semi-wild elephants, who are ‘rented’ from local families. The elephants are therefore able to live their lives out in family herds in the surrounding hills of the village: a habitat they naturally belong in, and in which they can thrive.

You’ll play a role in helping the community of Huay Pakoot too. In being a part of this alternative, and sustainable model of elephant tourism, you are bringing money into the local village, and establishing a self-sustaining eco-tourism program for the village, who will take it over in the long term.

With increased job opportunities, education, and cross-cultural understanding, the community hopes to be able to improve their general standards of living in the long term.

Overall, by volunteering in Thailand, you will assist in raising awareness of environmental issues and facilitate sustainable change through various research projects and data collection.

Want to play your part in Thailand’s wildlife conservation and help to establish a sustainable alternative wildlife tourism industry? Speak to a member of our team today to find out how.