From the top of Mera Peak in Nepal, you can gaze upon the silent and daunting Himalayan panorama of the highest mountains in the world, including Everest. You may think that only badass, experienced mountaineers can Trek in Nepal. But nothing is further from the truth.

Nepal is a trekking mecca. Visitors come each year to trek to Everest base camp, Annapurna base camp, or Island Peak. Given the amount of visitors, you may think it’s difficult to find a quieter, wilder trek that takes you among the Himalayan giants and is less commercialised. However, the Mera Peak trek offers just this.

Mera Peak is Nepal’s highest trekking peak at 6,746 metres. And you don’t need previous mountaineering experience to do this trek.

An overview of the Mera Peak trek 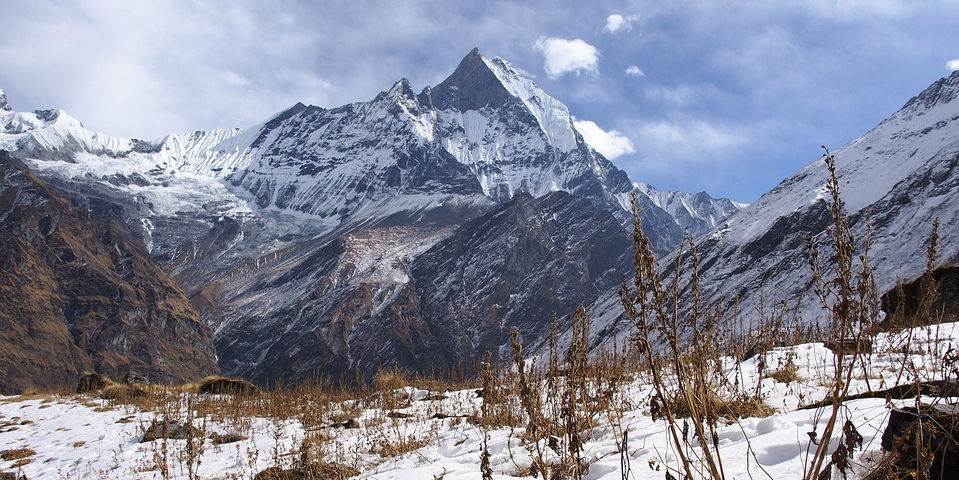 Mera Peak offers a quieter trekking in Nepal experience, rich in cultural immersion. The trek takes around 22 days, depending on which operator you choose.

Not only that, but it also gives you more time to acclimatise to the extreme altitude. This decreases your chance of getting serious altitude sickness.

If you take this route, you’ll begin with a hair-raising flight into Lukla. You’ll then trek through the dense green forests of the lower Khumbu region. 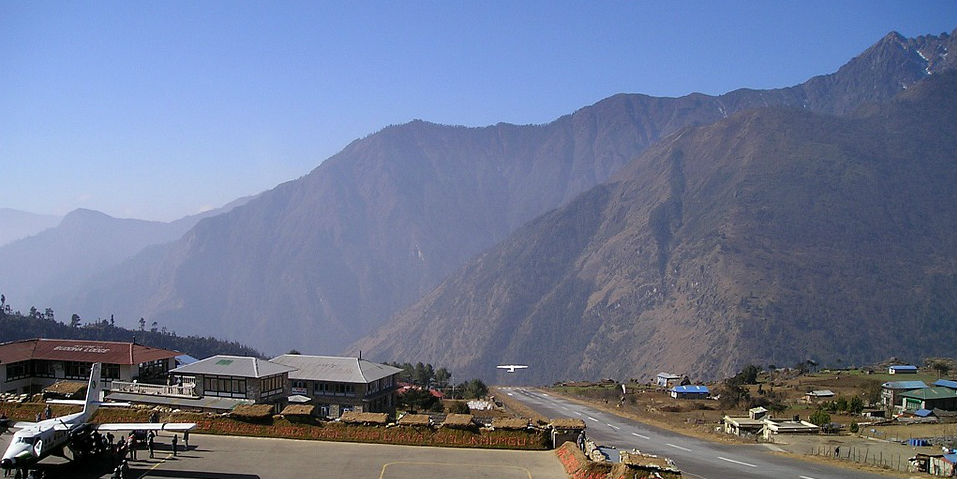 You’ll cross narrow bridges suspended in mid-air, over vertigo-inducing gorges, while making your way to the Hinku valley. Here you will see more deep gorges, waterfalls, turquoise rock pools, and if you trek between March through to early May, blooming rhododendron forests.

You’ll see many different species of rhododendrons, including 20 metre tall trees with gnarled branches covered in moss, topped with brilliant white flowers. In stark contrast, other rhododendron species include smaller, five metre tall shrubs adorned with pink flowers, and tiny plants that creep along the ground with large red flowers.

As you gain elevation, the rhododendron and bamboo forests give way to grassy yak pastures riddled with glacial rocks and boulders.

As you near the northern approaches of Mera Peak, you’ll pass hanging glaciers perched above glacier-fed lakes behind huge ridges of glacial moraine. The size of the glacial moraines gives you a sense of the power of glaciers – the great bulldozers of the earth. 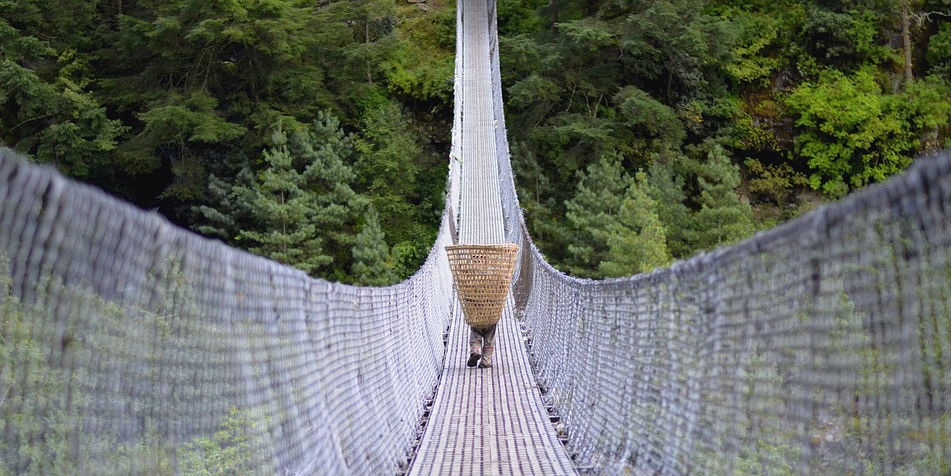 Eventually you’ll make your way onto the ice of the Mera Glacier. Your guides will fit you with crampons and teach you how to use them.

You’ll trek along the ice to Mera Peak base camp, where you will rest for a night before making the push for the summit. At base camp you may be lucky enough to see fat Himalayan snowcocks scrounging around for scraps.

On the summit, you will pause to take in the towering giants that are five of the six highest mountains on Earth. Cho Oyu (8,201 metres), Lhotse (8,516 metres), Everest (8,848 metres) and Makalu (8463 metres) are close by. When the weather is clear, you may just be able to see Kangchenjunga (8586m) far away to the east on the Indian border.

These jagged peaks are the lasting testaments of the giant, upthrusting forces of the earth that produced the Himalayas. 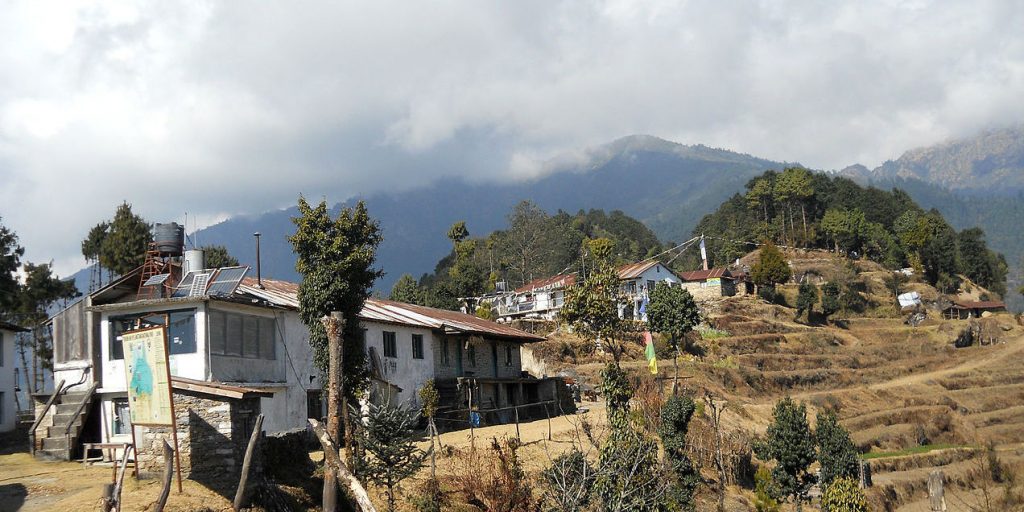 Original photo: “Kutumsang_Helambu” by AjayKumarShrestha is licensed under CC BY-SA 3.0

One of the best parts of your Mera Peak trek is the opportunity to experience Sherpa villages and culture.

You will stay in remote Sherpa mountain villages along the way. Children are often eager to practise English with you as they play among the rock and thatch houses.

The tea houses that offer you protection from the mountain elements can be a mix of grey stones and door frames painted a vivid blue.

Sometimes you won’t stay in villages, but will set up remote camps instead. You will get to know your Sherpa guides and porters as you walk and talk with them. You’ll play cards together and eat the fragrant Nepalese food they cook.

It’s likely you will discover your Sherpa guides have climbed serious peaks like Everest and Lhotse several times, as well as simpler mountains such as Mera and Island peaks, many times over.

You’ll find that Sherpa people have rapidly gone from mountain dwelling people with little contact with the outside world, to some of the most experienced mountaineers in the world. This change has been brought about by the first Everest climbers hiring Sherpa people to assist them on their expeditions. They now mainly make their living from guiding tourists on their skyward ambitions.

This change hasn’t occurred without tension. Infamously, in 2013, tensions erupted between three world-famous alpinists and some Sherpa workers at Everest.

Two sides to the reasons behind the conflict emerged. However, what was clear, is that some of the Sherpa people working in the industry felt undervalued for the risks they take to support commercial expeditions. Shortly after this in 2014, 13 Sherpa people died in the catastrophic avalanche that hit Everest base camp.

Subsequently, Sherpa workers have collectively negotiated new working conditions with the Nepalese government. This includes better insurance, and bigger payments. It also includes payments to injured workers and the families of workers who lose their lives while working on Himalayan expeditions.

Many Sherpa people are able to  make a livelihood from mountaineering, and most still maintain and practise their cultural traditions and beliefs, including the puja ceremony.

Take part in the sacred puja ceremony before summit day 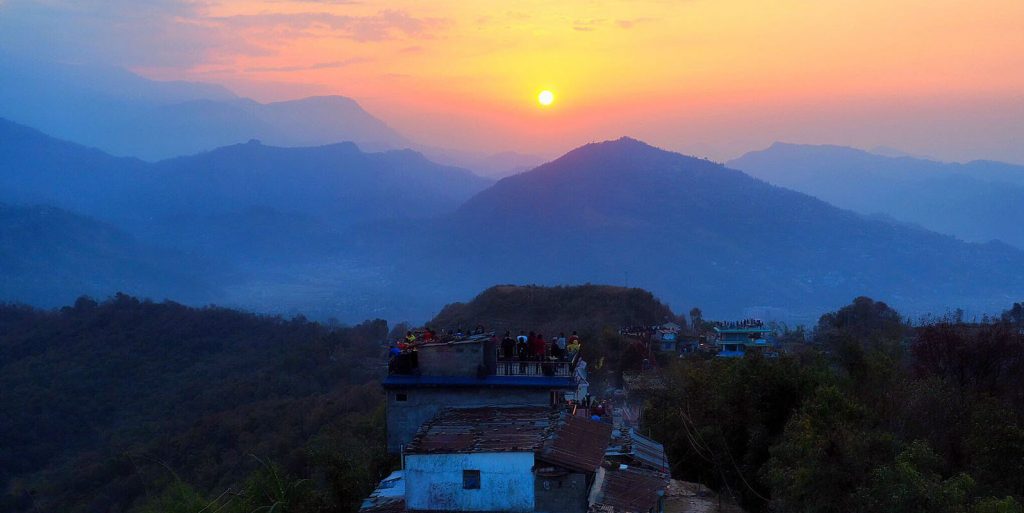 If you are getting Sherpa support on your expedition, you will experience a puja ceremony before your summit attempt.

Most Sherpa people practise a form of Tibetan Buddhism and believe Himalayan summits like Mera Peak are the homes of mountain gods. These gods must be appeased before setting foot on the mountain.

During the ceremony, you will gather around a purpose-built platform of grey glacial rocks. Your nostrils will be filled with the smell of burning incense and juniper branches that are burnt within the cracks of the rock platform.

Your ears will take in the chanting of a lama (monk), or, if no monk is present, one of the Sherpa people will chant. Offerings of food, or elements from nature, are made. They will ask for safe passage during the climb and any technical equipment like ropes, boots and crampons will be blessed.

At the end of the ceremony, you will watch the Sherpa guides and support staff erect a flagpole into the rock platform. They’ll drape colourful Tibetan prayer flags from the flagpole to all four corners of the camp. The flags will snap and flutter in the wind.

Rice will be thrown into the air three times while the Sherpa ceremony participants cry “lakalu”, which means “victory to the gods”.  You’ll take flour and rub it on each other’s faces. And now you are ready for your summit attempt.

What to expect on Mera Peak summit day 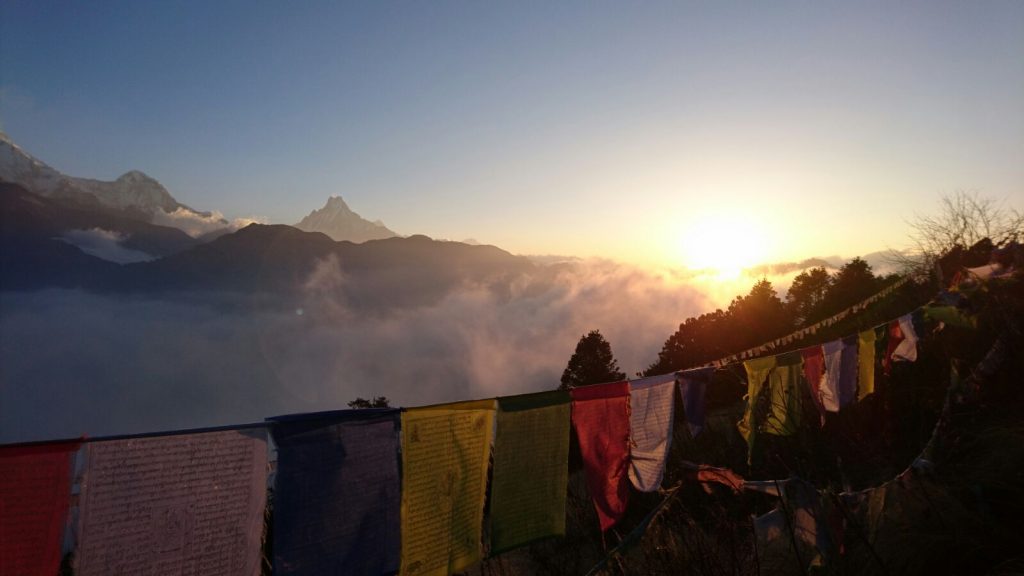 Depending on the weather, you’ll wake up around 02:00 in the morning for your summit attempt. On this part of the trek you will travel roped-up, and just before the peak, you will jumar up a fixed rope.

But don’t worry, your guides will have been teaching you these skills along the trek. They’ll take you through everything again before you begin, so you are comfortable with it all.

Reaching the summit usually takes between five and six hours. Once you hit the top, you are rewarded with an unparalleled view.

As you stand atop Mera Peak, breathless with exertion, the cold air searing your cheeks and lungs, you’ll take in the view you came for: The sun beginning to glint on the snow and ice on the peaks of the mountain giants of this world. 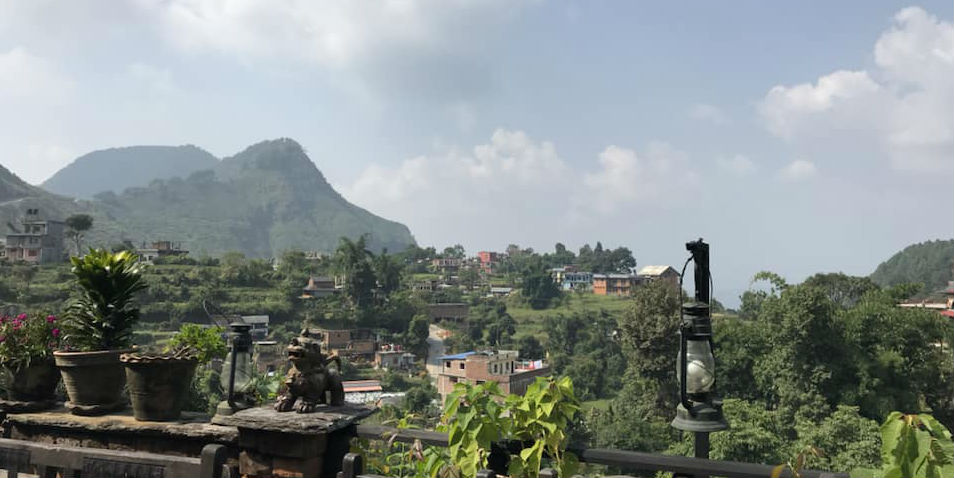 After your Mera Peak trek experience, it’s highly likely your eyes will have been opened to the poverty and gender inequality issues that Nepal faces.

If you want to give back to Nepal and the Sherpa community, without whom you wouldn’t have this incredible opportunity, there are several things you can do:

Interested in doing the Mera Peak trek and giving back to the Nepalese community? Sign up to one of our volunteer programs in Nepal now.