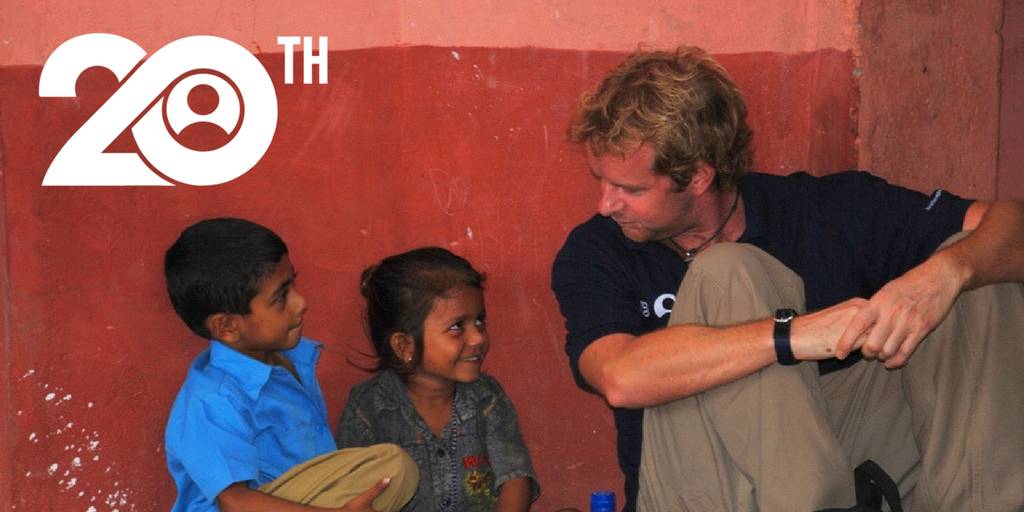 Getting away from the icy waters of the Arctic and into the warm waters of the tropics was all Steve Gwenin, a young marine biologist, wanted. One online search opened the door to unique destinations he could never have imagined. What he found along the way was not only love and friendship but a shared sense of purpose that connects humanity as a whole.

I grew up in a small house next to the woods. My dad loved spending time in nature so we would often go to the woods to spot foxes and have pretend sword fighting adventures. My dad’s other passion was flying which he inherited from his own father who was a pilot in the Royal Air Force.

The summer after graduation, I was on course to follow in my grandfather’s footsteps, when I went on a backpacking trip to the beach. There I got into surfing and realized that a career as a fighter pilot was just not for me. While I thought flying was daring and exciting, it didn’t want to hurt people or go to war. I wanted to preserve and protect life. I wanted a career that allowed me to enjoy the ocean and where shoes were always optional. That is when I made the decision to study marine biology. 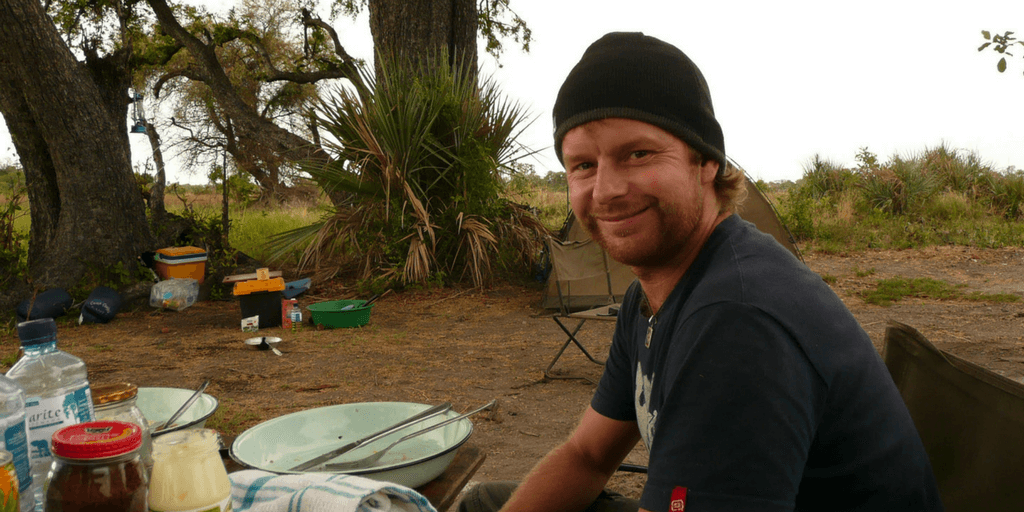 After graduation, I struggled, as so many young people did back then and still do, to get a job in marine conservation. But I was determined, because the ocean was my passion and that was where I wanted to spend the rest of my life. I decided to build up my experience by becoming certified as a commercial diver and work on a whole range of volunteer projects, first in Britain, but eventually also internationally in Latin America, Africa, and Australia. I even set up my own small organization which advised NGOs and commercial enterprises on issues related to marine conservation.

During those years I worked with smaller NGOs, many of which were run by eccentric visionaries who were determined to make a difference. They usually weren’t particularly wealthy or had qualifications in the field, but they knew they wanted to make the world a better place. Sometimes you have to be a little stubbornly unconventional to do good in the world, because no one else is going to take up the challenge.

I also worked with big commercial organizations to review their policies and monitor their effect on the environment. It was on one such project, in the middle of the Arctic waters up in the North sea, when I first found GVI via an online search, like so many people do. 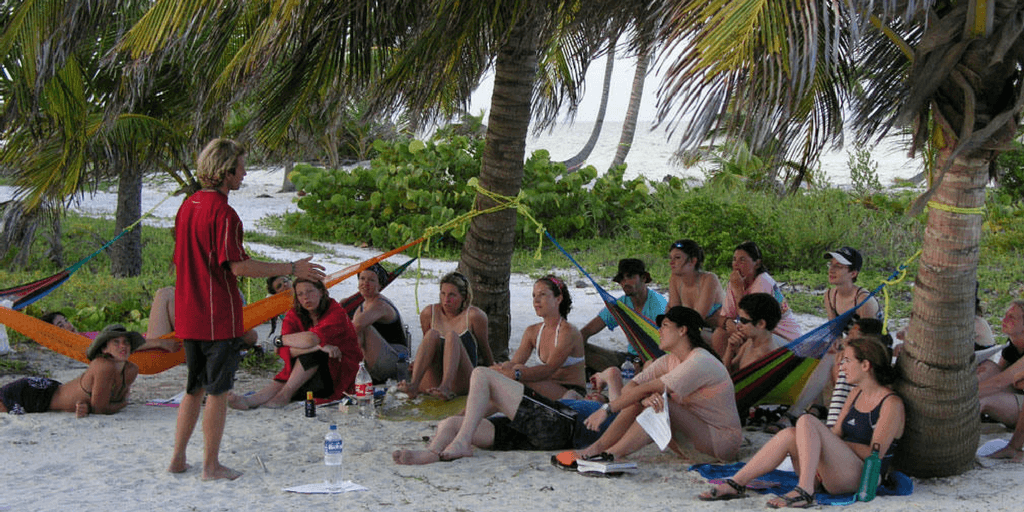 When I studied marine biology I had dreams of working in tropical waters, and while I had done some of that, my work had mostly involved working in Arctic waters for a couple of years. I had a little time between watches to do some research about how I could get more involved in tropical marine biology when I stumbled across GVI’s website. In an effort to get closer to warmer waters, I offered to do some training for staff teams, for about four to six months, without any cost to GVI.

Richard Walton, GVI’s Founder, wrote back, and when I flew back to the UK he met me at the airport. We sat down to chat about GVI’s mission, specific values and ethical approach to marine conservation. I had reached out to other organizations and was reviewing other options, but in the end it just worked out better with GVI. Richard wanted to start a project in Mexico and I was looking for a position in South America. I shut down my own little organization and joined him to set up and run the first ever GVI marine conservation program in Mexico.

Further Reading: Who Was GVI’s First Volunteer? Read Her Story

The objective of the program was to find NGOs across the Caribbean that would benefit from the sorts of resources, like project funding and staffing, we could provide. We were looking to collaborate with them to expand their work and their impact by bringing in our skills and knowledge.

As my work continued in Mexico, it became rapidly clear to me that marine research alone was not going to make the key difference in conserving the Earth’s natural marine resources — we had to focus on people. I understood then that empowering people to know the value of their local environmental resources and how to take charge of the mission to protect them is the only way to create sustainable impact. We had to create a huge push toward alternative income training and environmental education. That is when I started to watch my core focus expand outward, from marine conservation to community development. I started to see the bigger picture. 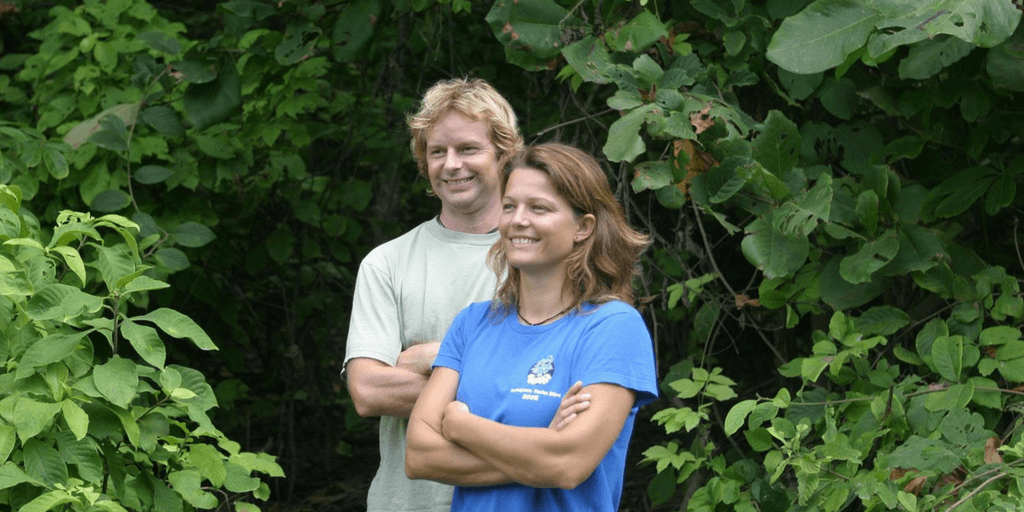 Over the next 16 years, I not only got my wish of studying tropical underwater landscapes but also so much more. Not only did joining GVI give me the opportunity to visit amazingly diverse habitats, but it has pushed me to do so. I visited the Amazon to conduct terrestrial wildlife and habitat conservation projects and saw some animals I could never have dreamed of. I traveled all over Africa and Asia and saw a wide range of different ecosystems. And, most importantly, I met some truly inspirational people along the way.

One of them is my wife, Britt. She was a GVI staff member who’d lived and worked in the Amazon. We got to know each other when we worked together for a few months. Later she was asked to set up a GVI program in Costa Rica and I moved there to be closer to her. After some time I starting planning a proposal, but just never found the right time. I finally found the perfect moment over a glass of wine after a dive in Borneo. We held a private ceremony on the beach in Costa Rica, and in true Danish style, we also held a Viking ceremony in the snow back in Denmark. We ended up having three boys, all with very Viking-sounding names, Asbjorn, Valdemar, and Magnus. We lived in Costa Rica for a while but moved down to Cape Town when GVI centralized operations from the UK to South Africa.

Richard is a good friend of mine and we’ve worked together now for 16 odd years. We live on the same street here in Cape Town. My kids play with his kids and they are best mates. Our wives are best friends too. 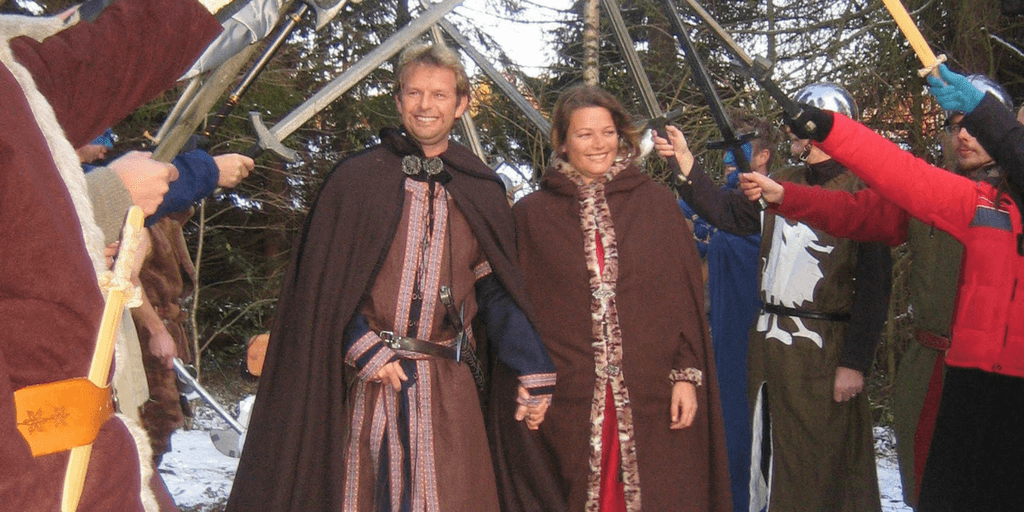 I think GVI has been life-changing for so many people for exactly the same reason it has been for me. We bring together a collective of people from many different countries, with different cultural baggage and alternative ways of doing things, who are really passionate about engaging with global issues. We challenge them to find solutions and answers to these issues, which are some of the biggest humanity, as a global community, have ever faced. I think in life, the things you remember most and are most proud of are those really tough challenges that you have to solve with others. This is what creates such strong intercultural bonds.

That is how it has been for me. My eldest two kids are Costa Rican, while the younger one is definitely a South African. We’re a real international family. I think part of what GVI brings out in people is that international perspective. Working with cultural differences is not only a lot of fun, but it helps you see how interconnected many of the world’s issues are from region to region, and how we need to grow and work together to find solutions.

This is what GVI experiences do for people. Yes, they help you develop your career and yes you will get to see and experience many amazing things, but you’ll soon understand that it’s the connection you have made with other people that is of real lasting value. Building relationships with people around the world is not just about growing your global network because of the career benefits this affords you. As time goes on you’ll notice that these relationships have been key in shaping your life.

I am proud of what we have been able to achieve with GVI. One of the biggest impacts we’ve had over the past 20 years is what our alumni, staff, community members and partner organizations have gone on to do. We’ve seen countless volunteers who first started their work with us continue making a difference across the globe. So many interns overcame their own personal challenges to gain qualifications and win their dream jobs. Many of our staff have achieved their professional goals and have gone on to start their own organizations, and several of the small, one person, local NGOs we have partnered many years ago have massively expanded their impact. 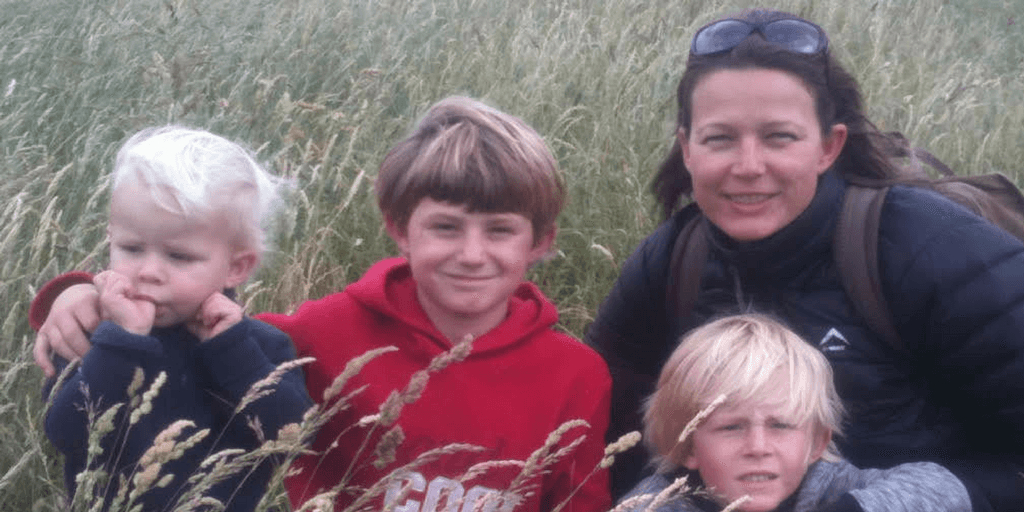 We’re crystal clear about our goal of making as much impact as possible by supporting all stakeholders to empower themselves and achieve their goals.  This is not just the environment or the community members, but to also our staff, those who participate in our projects and our partner organizations as well. We’re asking questions like ‘Are we learning enough from each other about what the issues are and how they can be solved?’ ‘How do we facilitate this exchange of knowledge and skills so that everyone grows in the process?’ ‘How do we build confidence in anyone who comes in contact with GVI so that that they can continue making a difference past their time with us?’

I’m more positive than ever about the future of GVI. I don’t think we’ve ever really had a clearer plan for where we want to be in 20 years time and I don’t think we’ve ever had a better group of people that will help us get there than we do right now.
In my work, I still get to preserve and protect the ocean environment. The difference is, I’ve expanded my view and found a more holistic approach that includes the human element. I’ve developed more of an awareness of how entangled the human and environmental elements are, exactly as they are represented by the 17 United Nations Sustainable Development Goals. I still get to live and work near the sea, and although I am now officially office-based, I encourage everyone at GVI, even our office-bound staff, to be like me, and see shoes as optional.

Six reasons why teenage volunteering can be a great way to make friends
Read More
What you need to know about applying to college after a gap year
Read More
What does rhino conservation mean today?
Read More
Apply Now
Enquire Now
Call Back Request