0386 521 006   Apply Now
Announcement
TRAVEL UPDATE: We're open! Where can I go? and answers to your questions about COVID-19
Petrina
Darrah
Petrina Darrah is a travel writer from New Zealand with a passion for responsible travel and gender equality. She has worked in France, Colombia, the Philippines, and Tanzania, and has travelled to about 50 countries in between.
Volunteering Wildlife Conservation
0 Likes
Share
Facebook
LinkedIn
Twitter

How the elephant in Thailand became a national symbol 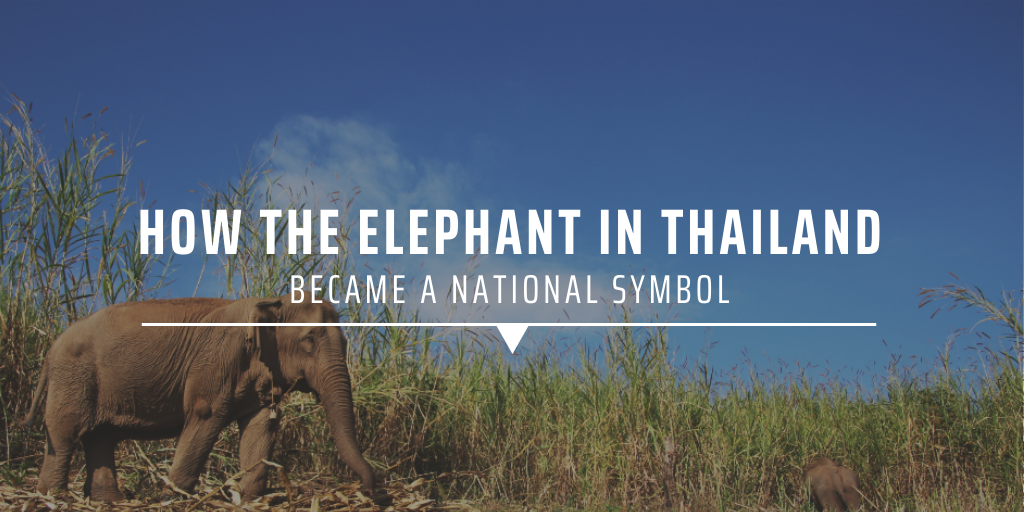 The elephant in Thailand has been prized in the country’s society and culture for centuries. Learn how elephants became a national symbol and how you can volunteer in Thailand with these noble creatures.

Elephants are everywhere in Thailand. You’ll see them carved into temples, on cans of beer, and splashed all over travellers’ pants. As Thailand’s national symbol, images of the grey giants are used widely and proudly.

Here is the history of how the elephant came to prominence in Thailand, and how you can get involved in protecting their future.

The history of elephants in Thailand Elephants have played many important roles throughout Thailand’s history. Their major contributions to endeavours ranging from royal parades, to war, and logging, led to their revered status as Thailand’s national animal.

The story of Buddha’s birth elevated elephants to a special status.

The story goes that on the eve of his birth, Buddha’s mother had a dream where a white elephant came to her and gave her a lotus flower. White elephants have since been considered sacred by Thai people. White elephants were adopted for royal duties due to their rarity and sacred standing. They became a symbol of the king’s authority, and the more white elephants a king possessed, the greater his perceived moral authority and power.

These factors led to elephants being held in high regard, and they eventually appeared on Thailand’s national flag in the early 1900s.

From the fifteenth century, the size and strength of Thai elephants were harnessed and used in battle against enemies such as the Khmer, Malays and Burmese.

Elephants can carry soldiers and charge at 25 kilometres per hour, making them an intimidating force on the battlefield. This further increased the regard Thai people have for the gentle giants. The strength of elephants means they played a key role in transport and labour during Thailand’s development.

Up until the early 1900s, elephants were one of the main forms of transport in the country. In 1884, up to 20,000 elephants were working in transport in northern Thailand, according to the Food and Agriculture Organisation (FAO) of the United Nations.

The size and strength of the mammals were also used in the logging industry. Elephants were used to haul teak wood through dense jungle, and as such were forced to contribute to the destruction of their own natural habitat.

Thailand’s forest cover was stripped back to a mere 28% of its former size before logging was banned in 1989, the FAO reports. The massive habitat loss caused by logging is one of the biggest reasons why the survival of elephants in Thailand has become so important. Despite being Thailand’s national symbol, elephants have suffered in recent decades. Around a century ago, in 1900, there were at least 100,000 elephants in Thailand according to statistics from the FAO.

One of the most important facts about elephants in Thailand today is that only between 3,000 and 4,000 remain in the country and only around half of that number live in the wild. The International Union for the Conservation of Nature (IUCN) classifies Asian elephants as endangered.

Deforestation from illegal logging and expanding developments, such as the construction of resorts and roads, means wild elephants face natural habitat loss, and are driven into close contact with humans. This can lead to conflicts.

Illegal poaching for tusks and calves also contributes to the population decline. The FAO reports that in order for poachers to capture a single calf, up to three adult females are also affected.

While the populations of wild elephants are decreasing, according to the IUCN Red List of Threatened Species, the number of domesticated elephants continues to grow.

As riding elephants in Thailand became more popular among visitors, the demand for captive elephants has grown, fuelling the capture of wild elephants and encouraging breeding in captivity.

Visitors and volunteers can play a part in helping to protect Thailand’s elephants by choosing to interact with the animals in an ethical way.

The best place to visit elephants in Thailand Seeing elephants can be the highlight of a trip to Thailand for many people. However, if you plan on visiting elephants, make sure that you’re conscious of the ethics involved.

Many elephant parks advertise themselves as sanctuaries, while still offering activities such as elephant riding, or performances that involve dancing and painting.

Ethical sanctuaries will protect the wellbeing of the animals by limiting contact with them and encouraging only natural behaviour.

At an ethical sanctuary, you will most likely observe the elephants from a distance. Ideally, you will have no physical contact with the elephants at all, which means no riding, bathing, or feeding.

For a more in-depth experience, ethical elephant volunteering in Thailand is the best way to see the great beasts. GVI offers the chance to volunteer in Thailand with elephants in an ethical way. Our project aims to help develop a more sustainable future for elephants in the Thai tourist industry.

While living in the Chiang Mai province in the lush mountains of Northern Thailand, you’ll be able to support the reintegration of elephants into the wild. The elephants involved in the project have been relieved from working in the tourism industry.

Working with elephants on GVI’s projects involves monitoring the elephants’ behaviour, and assisting traditional elephant-keepers as they establish alternative livelihoods. You’ll have the unique opportunity to observe elephants in a semi-wild state.

Taking part in volunteer work with elephants in Thailand also means you’ll be able to learn directly from elephant-keepers, who possess generations of knowledge about the animals. The Karen elephant-keeping communities have shared a sacred bond with the elephants for centuries.

On an ethical project, you won’t have hands-on contact with the elephants, so you can rest assured that your efforts are going towards protecting the creatures.