Elephants contribute to the health of the environment in many different ways. That’s why elephant conservation efforts are important in ensuring that they’re always around to do what they do best – be elephants!

But, there are many studies that show that we need to up our game when it comes to elephant conservation. For instance, the Great Elephant Census – the world’s largest wildlife survey – confirmed a 30% decrease in the global African elephant population in the last few decades.

And it’s not only African elephants that are facing challenges. According to the World Wide Fund for Nature (WWF), Asian elephant populations have decreased by at least 50% since the early 1900s.

What’s being done about the declining elephant population?

Elephant numbers are declining because they’re poached for their ivory tusks, come into conflict with humans, and due to ongoing habitat loss and degradation. 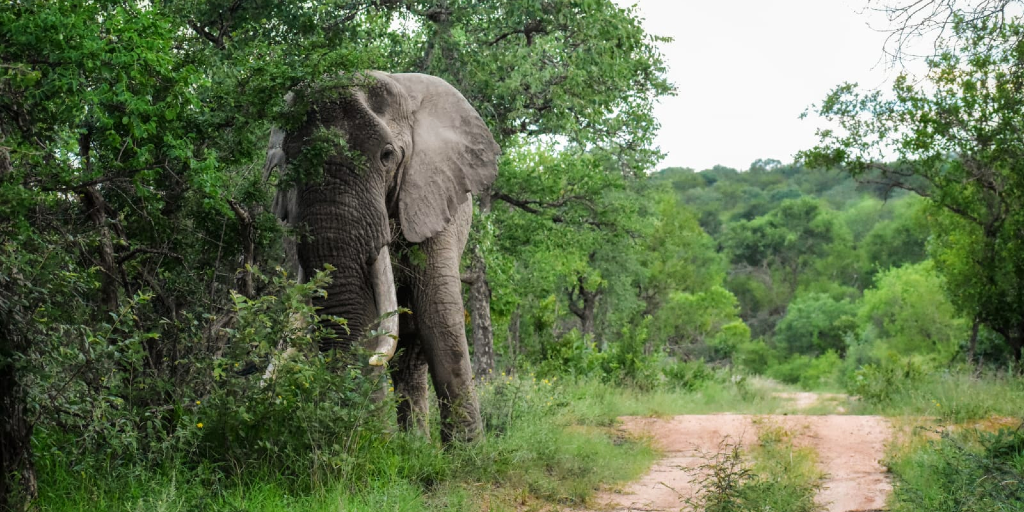 To curb the decline of elephant populations, many conservation organisations have made these tusked creatures the focus of their conservation efforts – like the projects set up by Save the Elephants and the WWF African Elephant Program.

But, there’s lots more to be done, and elephant conservation is more important now than it has ever been before.

Why? Well, African and Asian elephants are keystone species, which means that the environments they live in would be greatly affected if they weren’t around. And, around 8% of the elephant population is lost each year, so the prospect of these keystone species becoming extinct isn’t far-fetched.

Take a look at four ways that elephants make a positive impact on the environments they live in, and how they contribute to wildlife conservation by doing what elephants do best. 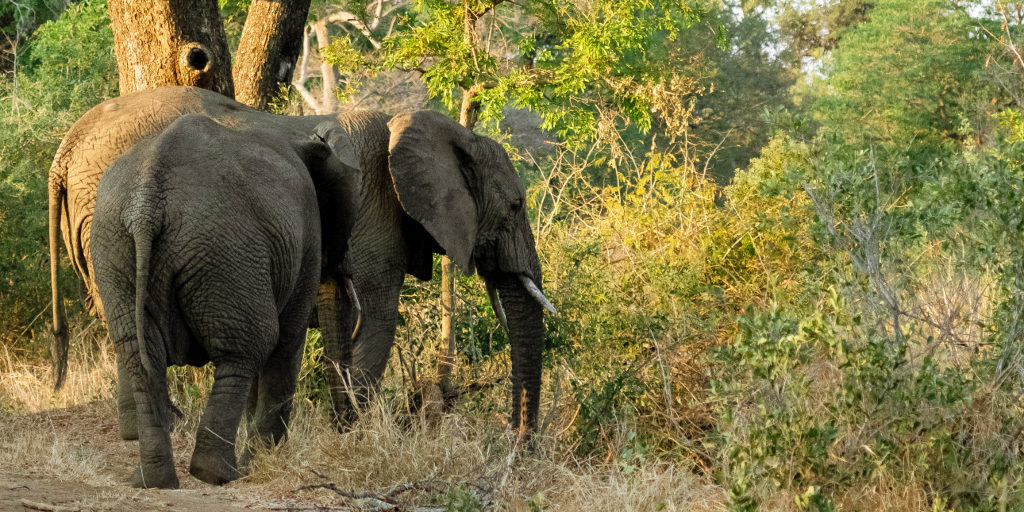 The African elephant is the largest herbivore in the world. And, even though the Asian elephant is smaller in stature, it’s still considered one of the herbivorous heavyweights of the animal kingdom. So, it’s no surprise that these guys eat a good amount of plant material every day.

After munching on vegetation – that also consists of seeds – elephants transport plant material around in their guts and then drop them off in mounds of dung. In this way, plant material can be dropped off thousands of metres away from where the plants were initially eaten. In fact, some studies have suggested that elephants can disperse seeds over distances of more than 60 kilometres.

Elephant dung is the perfect fertiliser since it’s rich in nutrients that allow seeds to germinate and grow. And elephant seed dispersal provides opportunities for plants to colonise new areas, which eventually creates new habitats and food for a range of different animals.

2) They provide plenty of food 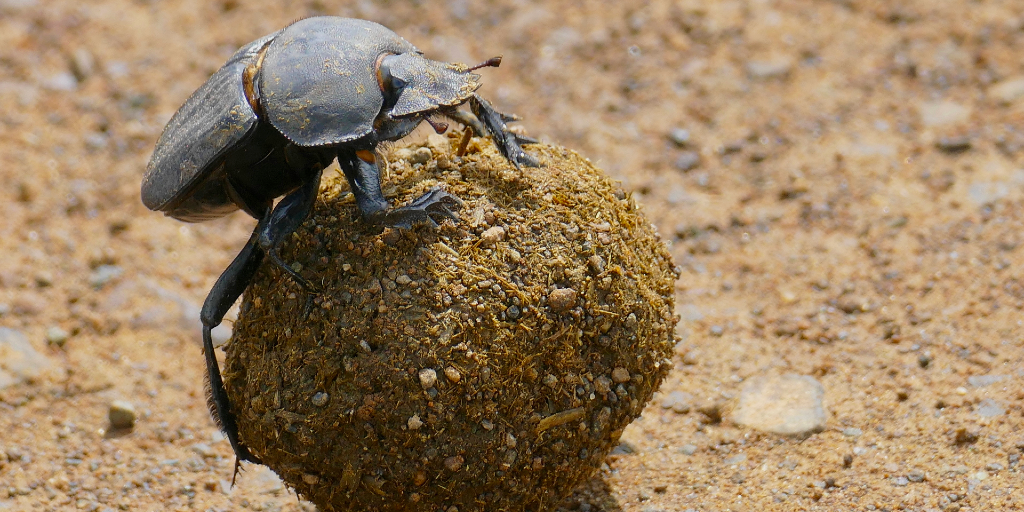 Original photo: “Flattened Giant Dung Beetle (Pachylomerus femoralis) on top of a ball of elephant dung …” by berniedup is licensed under CC BY-SA 2.0

Elephant dung is an important – and abundant – source of food for a host of different types of dung beetles. After animals drop off a dung pat, dung beetles can be seen streaming towards it, hoping to grab their share of the nutritious solids and fluids it contains.

And elephant dung can serve up many more portions for dung beetles to dine on. Besides feeding on dung, dung beetles also bury the dung below the ground where their larvae can feed and grow. By doing this, dung beetles loosen tightly-packed soil and get the nutritious elephant fertiliser to where it’s needed most – the layers of the soil where plants begin to grow.

So, elephants are an important part of keeping ecosystems fertile and maintaining plant populations.

But there’s more. The submerged beetle larvae that feed off of the dung are a source of food for a number of different animals – like field mice and honey badgers.

Elephants also break down branches when they walk that may have been too high up for smaller animals to reach. This gives these animals access to more food.

So, these floppy-eared food-providers support the survival of other creatures and contribute to species biodiversity within ecosystems.

3) They can dig watering holes 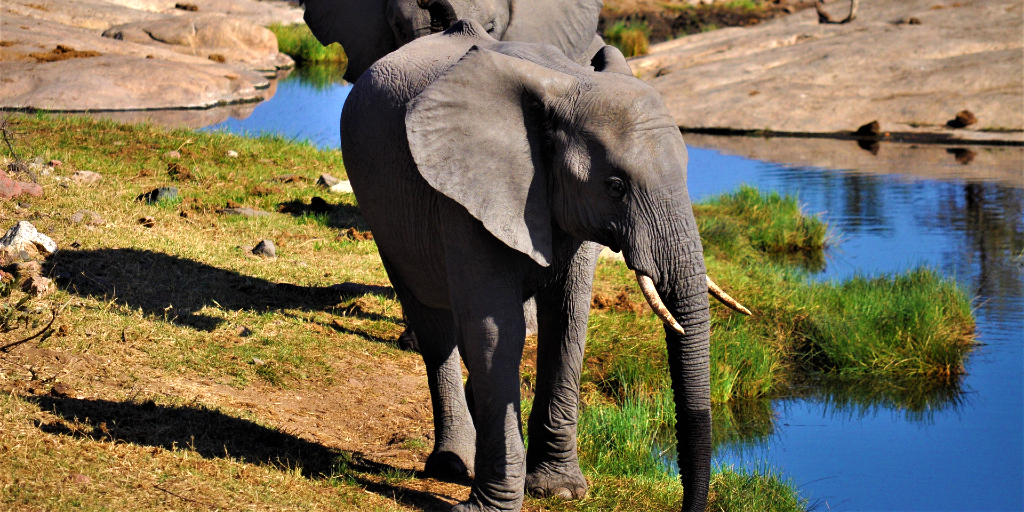 Elephants dig wells to access water underground. They use their feet, trunks and tusks to create holes deep enough to tap into underground water sources. These elephant-made watering holes are then available for other animals to drink from.

Because of their size, there’s not much that can get in an elephant’s way.

Elephants also modify savannah habitats by pulling down trees and breaking up thorny bushes. This assists in keeping the savannah an open plain, interspersed with trees and bushes – instead of overrun by them – and supports the type of species that like to live in the savannah biome. 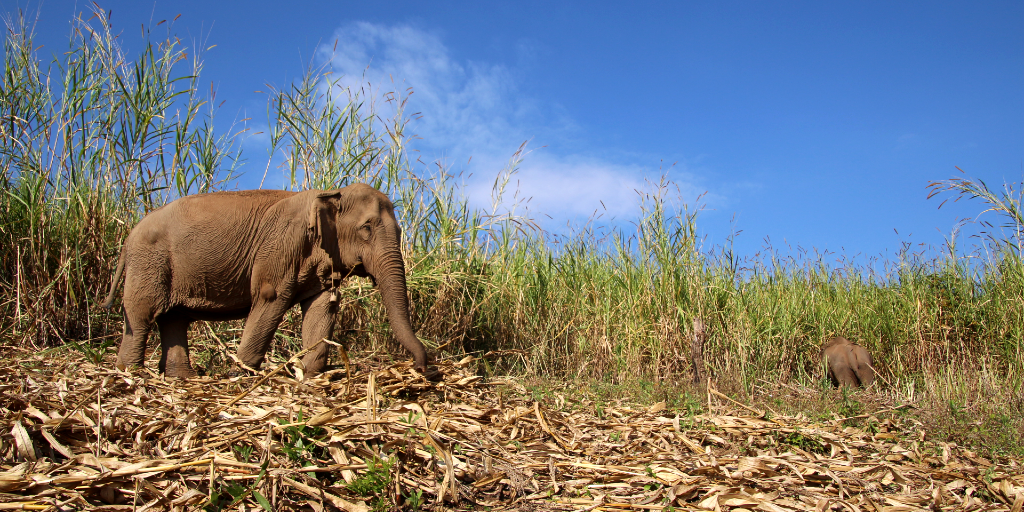 What you can do to get involved in elephant conservation

It’s clear how the presence of elephants in an ecosystem benefits fauna and flora alike. So wildlife conservation programs that focus on elephant conservation aren’t only looking out for the elephants, but for all the plants and animals that depend on them too.

You can get involved in elephant conservation and add to the well-being of all wildlife by joining a wildlife conservation volunteer program abroad.

Find out more about GVI’s international elephant conservation programs in Africa and Asia and get involved in making a positive impact in wildlife conservation.