0386 521 006   Apply Now
Announcement
TRAVEL UPDATE: We're open! Where can I go? and answers to your questions about COVID-19
Petrina
Darrah
Petrina Darrah is a travel writer from New Zealand with a passion for responsible travel and gender equality. She has worked in France, Colombia, the Philippines, and Tanzania, and has travelled to about 50 countries in between.
Internship Jalova Marine Conservation Sustainability Travel Volunteering
0 Likes
Share
Facebook
LinkedIn
Twitter 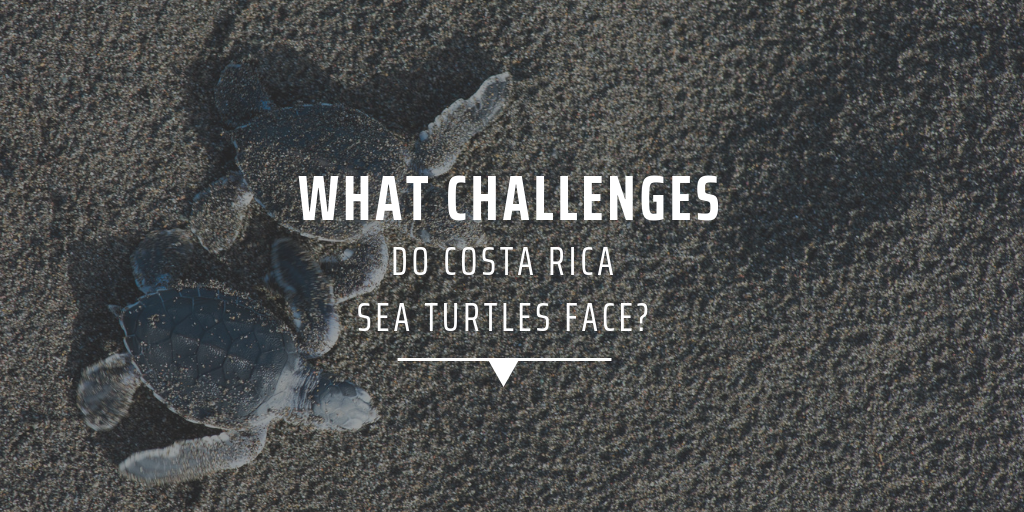 All of the sea turtle species that nest on Cosa Rica’s beaches are under threat. Learn more about the challenges facing Costa Rica sea turtles, and what you can do to help.

With both Caribbean and Pacific coastlines, Costa Rica has beaches that attract sunbathers and sea turtles alike. In fact, sea turtles lay eggs on Costa Rica’s beaches every month of the year.

Images of turtle hatchlings crawling out of the sand and making their way to the sea are almost synonymous with this small Latin American country.

However, sea turtles in Costa Rica are under threat. Unless urgent action is taken to protect these ocean-dwelling reptiles, the famous mass nesting events in Costa Rica may become a thing of the past.

Based out of Jalova in Tortugueo National Park, GVI helps to alleviate the conservation threats and challenges facing sea turtles in Costa Rica. There are four main types of sea turtles in Costa Rica: the olive ridley, green, leatherback, and hawksbill. All four of the sea turtle species found in Costa Rica are classified as either critically endangered, endangered, or vulnerable.

The wealth of nesting sites and the number of endangered turtles that nest in Costa Rica put this country on the frontline of sea turtle conservation.

Costa Rica is an excellent travel destination if you are interested in learning more about turtles, seeing them for yourself, and contributing to their conservation. Costa Rica’s sea turtles face a number of significant challenges, both on land and in the water.

It has been illegal to take turtle eggs from beaches in Costa Rica since 1996. However, the poaching of eggs has risen by 30% since this law was put in place, according to Scientific American.

Weak enforcement of this law, combined with continued demand, has contributed to the poaching of sea turtle eggs. For example, a large number of individuals cross the border from Panama to collect the eggs. The eggs are then trucked back into Panama, where there is a demand for them as they are thought to be aphrodisiacs.

Plus, in Costa Rica, authorities allow people to sell eggs gathered during the first three days of the mass nesting events of olive ridley turtles, called ‘arribada’. These take place at the Ostional Wildlife Refuge, which is the only place in the world where it is legal to harvest turtle eggs.

This exception can be used to mask the sale of illegally collected sea turtle eggs, including the eggs of other species. This impacts the leatherback sea turtle in Costa Rica in particular.

These poaching activities take a toll on turtle populations, as only a fraction of hatchlings survive and it takes a long time for them to reach reproductive age. Many sea turtles are killed as bycatch of commercial fishing operations. The incidental capture of turtles is largely unregulated.

Even in the cases where there are rules in place, enforcing laws around bycatch when many large fishing vessels operate in the open ocean is an ongoing challenge.

Turtles can also become entangled in discarded fishing nets or lines. The turtles can sustain injuries from the nets, or drown after being restricted from surfacing for air. Original photo: “green turtles amid marine debris” by Andy Collins/NOAA Office of National Marine Sanctuaries is licenced under CC BY 2.0

When swallowed, plastic debris can block the digestive tracts of sea turtles, causing them to starve to death. The development of beachfront hotels, restaurants, and houses along Costa Rica’s coastline is encroaching on the nesting habitats of sea turtles.

The erosion of beaches or removal of coastal vegetation, as well as noise and light pollution, can drive turtles away from important nesting or foraging sites.

Climate change has a huge impact on the ocean and subsequently the survival of sea turtles.

Although the full effect of climate change on individual sea turtle species has yet to be determined, factors such as rising sea levels, shifting ocean currents, warmer water temperatures, and ocean acidification will all likely pose a threat to turtles. As a turtle conservation volunteer with GVI, you can help to combat the challenges that sea turtles in Costa Rica face.

Through research and conservation initiatives, you can contribute to the long-term survival of these endangered species. You’ll have the opportunity to learn about turtle biology and behaviour, as well as the strategies in place to tackle conservation challenges.

You could lend a hand with protecting vulnerable nests, or carry out hands-on research. This could involve going on night-time patrols along the beach, or carrying out surveys such as measuring turtles, identifying nests, or counting eggs. Other activities could involve collecting data on poaching rates or hatchling success. As well as enjoying the lush beauty of Tortuguero National Park and working toward sustainable conservation, volunteering with GVI is a chance to have memorable wildlife experiences.

At certain times of the year, you may be able to see the turtles nesting or witness the hatchlings as they emerge and make their way to the ocean.

As one of the only locations in the world where jaguars prey on sea turtles, you may even be lucky enough to spot one of these elusive big cats!

Become a Costa Rica sea turtle volunteer with GVI. Take a look at our sea turtle conservation programs and other volunteer projects in Jalova today.

Taking a gap year during college? Consider these seven volunteer programs
Read More
What's the deal with GVI's Global Digital Open Days?
Read More
Is it better to give to a charity or volunteer?
Read More
Apply Now
Enquire Now
Call Back Request