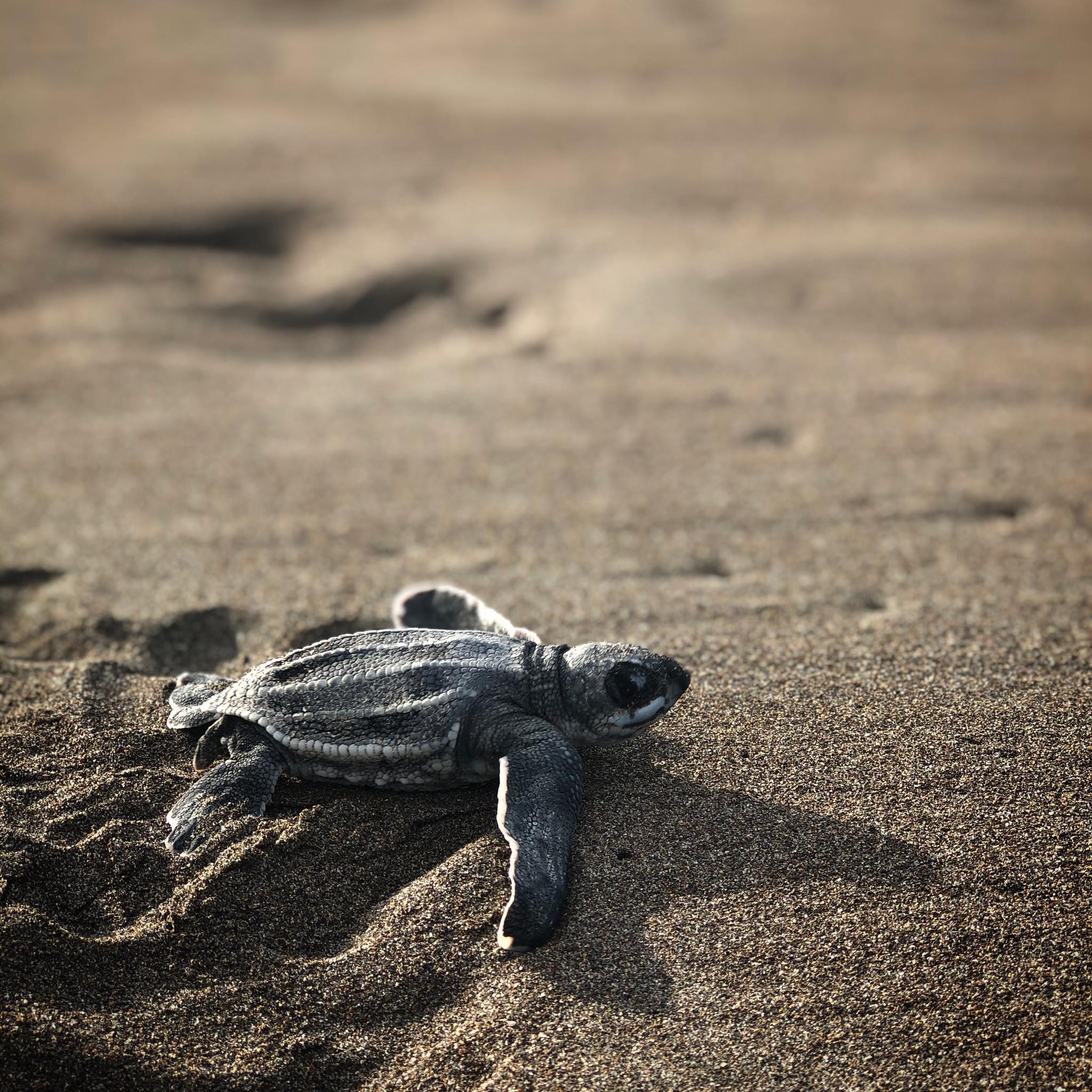 We’ve spoken about the smaller sea turtles that make their way to Jalova’s beaches but what about the ocean giant: the Leatherback sea turtle.

At a length of 1.5m on average and weighing anywhere between 300kg to a tonne, it’s an impressive feat that these gentle giants make their way onto our shores each year to nest. While they don’t arrive in as high numbers as their Green cousins, with nests twice as big their presence is known as they track through the sand.

These turtles live their lives in more temperate waters, as they chase their main source of prey – jellyfish – through the cooler areas where they live. Leatherbacks also need to dive deep to catch their prey, meaning that the hard shell found on most other turtles would not suit their lifestyle. If Leatherbacks had a hard shell, the pressure from the deep waters they explore would crack their shell, so these giants have evolved with a softer, more flexible shell instead that can adapt to the changing pressures of deep water diving. Their oesophagus is also adapted to a diet of jellyfish and is covered in hundreds of long spines all the way along it. This is because Leatherbacks swallow vast amounts of seawater in order to catch their prey. The spines allow them to expel the seawater from their system without their prey escaping as well, as the jellyfish get stuck on the spines when the sea water is released. Leatherbacks can eat their entire weight in jellyfish in a single day!

Unfortunately for the Leatherbacks who nest at Tortuguero, the hatching and emergent success is low and the number of adults arriving to nest here is decreasing. However this doesn’t mean that the Caribbean Leatherback population is doing poorly. Other beaches in Panama and further down the Costa Rican coast have good numbers of Leatherback nests every year, so we can hope that our Leatherbacks are simply nesting more frequently elsewhere.

Leatherbacks, like all sea turtles, have their fair share of threats to their species. They are currently listed as vulnerable by the IUCN. Leatherbacks are most impacted by overfishing, net entanglement and boat strikes. Identifying and protecting areas that overlap with their migration routes will be key in helping to protect this species.

Luckily for us, the Caribbean subpopulation of Leatherbacks is doing relatively well, unlike their Pacfic counterparts who are currently classified as critically endangered. We cannot be more lucky here at Jalova to be able to contribute to the protection of these beautiful animals and every volunteer who walks through our gates during Leatherback season can know that they have made a difference to the protection of Leatherback sea turtles.