Field Staff Member Luke Tavener has taken it upon himself to create a master guide to Buddhism in Laos for volunteers. It is not designed as a complete guide to Buddhism but rather to help answer many of the common questions volunteers have when coming to Laos. Here is part two of his guide:

Lao culture is predominately defined by Theravada Buddhism. Along with it’s focus on maintaining traditions it also emphasizes the cooling of human passions. In other words, strong emotions are rather a taboo in traditional Laos culture, believing that karma is more of a determinate of the future than devotion, prayer and hard work. For this reason, Lao people tend not to get too worked up over the future and have a rather relaxed attitude towards situations.

Traditionally Lao people believe that ‘too much work is bad for your brain’ and often feel sorry for those who ‘think too much’. From a typical Lao perspective, unless an activity, whether work or play, contains an element of fun, it will probably lead to stress. Laos is gradually become more and more westernized since becoming open to tourism in the mid-90s, resulting in these traditional views gradually being challenged with many seeking further education and higher paying jobs.

Despite such a large proportion of the population classified as Buddhists this does not mean that each individual becomes a Novice Monk or a Nun. Nevertheless, it is widely expected that the male of the family enters the temple for a certain amount of time, this, however, can be for numerous reason. The majority of those who enter the temple are generally from the rural areas of Laos and enter the temple to seek education and a better life. This can be through personal choice or through the decision of their parents. Others, become ordained upon the death of a close relative. Many families send a male into the temple to gain merit for the recently deceased and the family. This can be for any amount of time between a few days to a couple of weeks. 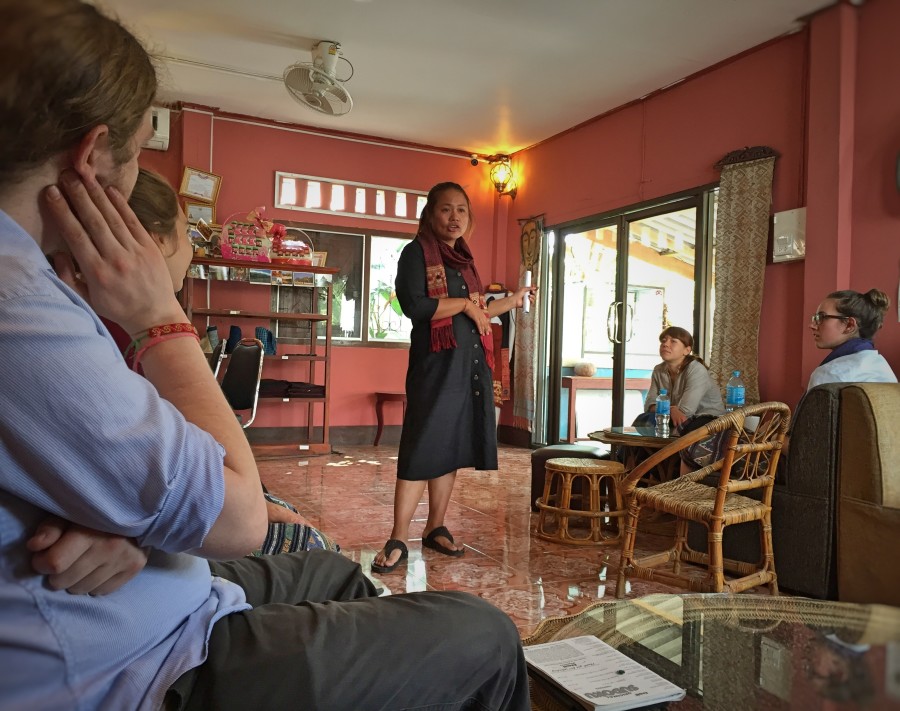 It would be a simplification to state that Lao culture is solely defined by Theravada Buddhism as there are many nuances to Laos’ culture. Laos is split into three main ethnic groups, Lao Loum, Lao Theung and Lao Sung, put simply Lowland society, Midland society and Highland society, respectively. Volunteers often have culture talks, delivered by various locals from these three groups, giving them the opportunity to learn more about these different cultures and their differing traditions during their stay.

Ex-Novice and Novice Monks from various temples in Luang Prabang