0386 521 006   Apply Now
Announcement
TRAVEL UPDATE: We're open! Where can I go? and answers to your questions about COVID-19
Tasneem
Johnson-Dollie
Tasneem Johnson-Dollie is a travel writer living in South Africa. She has experience in public health nutrition and worked as a dietician before launching her writing career. She loves bringing her passion for public health and sustainable development to every article she writes. Her travels around South Africa as well as to India, Australia, and Saudi Arabia have fueled her passion for exploration.
Phang Nga Responsible Travel Sustainability
0 Likes
Share
Facebook
LinkedIn
Twitter Ao Phang Nga National Park is one of Thailand’s biggest attractions. So how did it get to the top of Fodor’s no travel list in 2018? Well, that has a lot to do with the traffic, tourist traffic that is.

Thailand’s capital city,  Bangkok, has been the most visited tourist destination for three years running, according to the Mastercard Global Destination Cities Index. And other Thailand locations aren’t far behind.

But the country’s popularity is exactly what’s putting it under strain. The environmental impact of tourism in Thailand seems to be putting this hot spot in hot water. 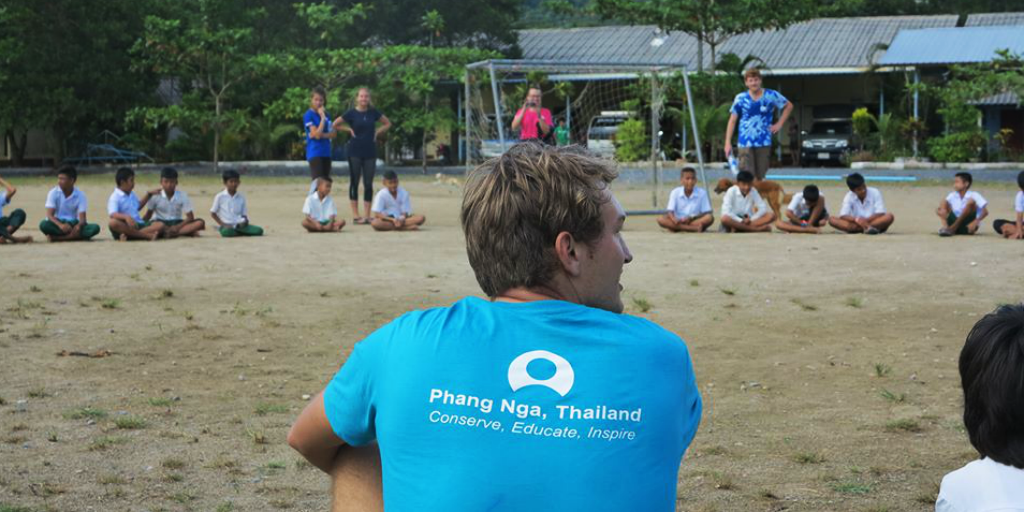 A trusted travel advisor, Fodor’s travel has been in the business for over 80 years, with go-to guides covering over 8,000 travel destinations worldwide.

But Fodor’s doesn’t just tip-toe around concerns that may affect travellers and local people.

They dive deep into the environmental, political and social aspects of holiday destinations, telling travellers what they need to know to ensure that their trip doesn’t have a negative impact.

They tout this info in two ways. Their travel go list – which gives a thumbs up to destinations practising responsible tourism, and a no travel list – telling it like it is about travel destinations with cons that are tallying up.

Why tourism has a big impact 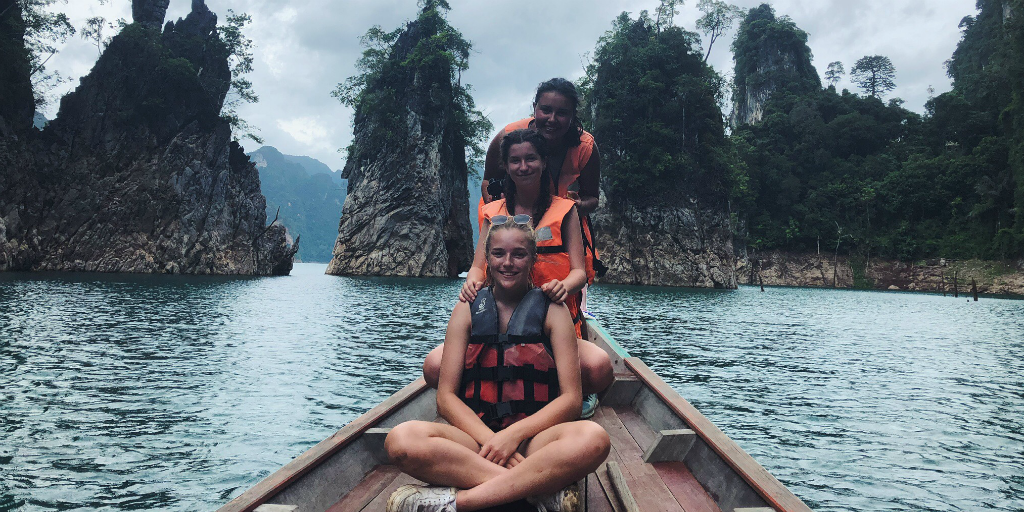 Mass tourism – an extreme concentration of tourists in one place – has placed strain on the natural and environmental resources of Thailand, and the Thai government is scrambling to keep up with its responsibilities.

Mass tourism in Thailand is growing steadily, and the increase in tourists makes the need for accommodation and facilities even greater.

Before 2018, Thailand was taking on mass tourism without much concern. Until it started taking its toll. 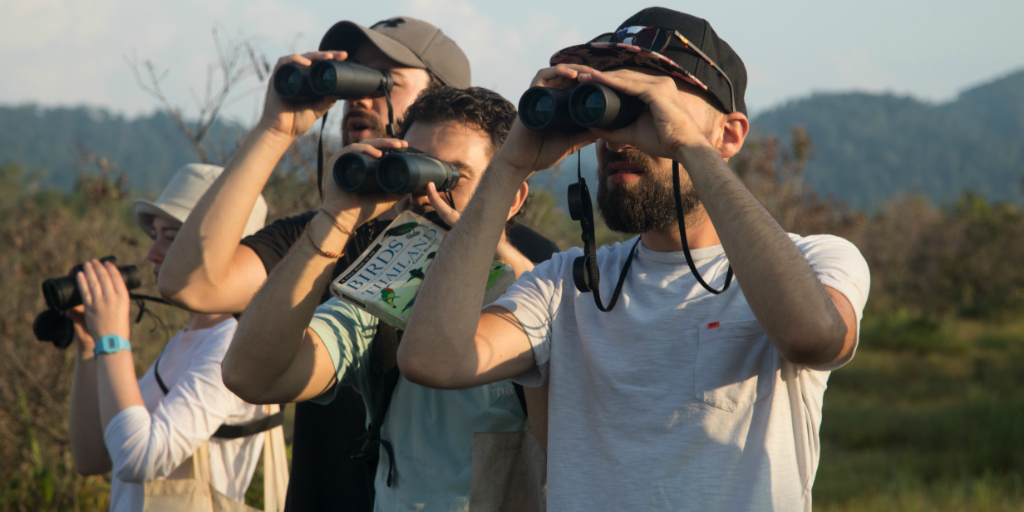 Thailand received over 38,27 million tourists in 2018 – a record-breaking amount. Add that to the 69 million people that called Thailand home, and you can see how the country’s proverbial cup runneth way over.

Apartments and resorts were sprawling into forested areas and onto sandy beaches.

For local people, the shortage of space made finding their own place to put down roots tougher. 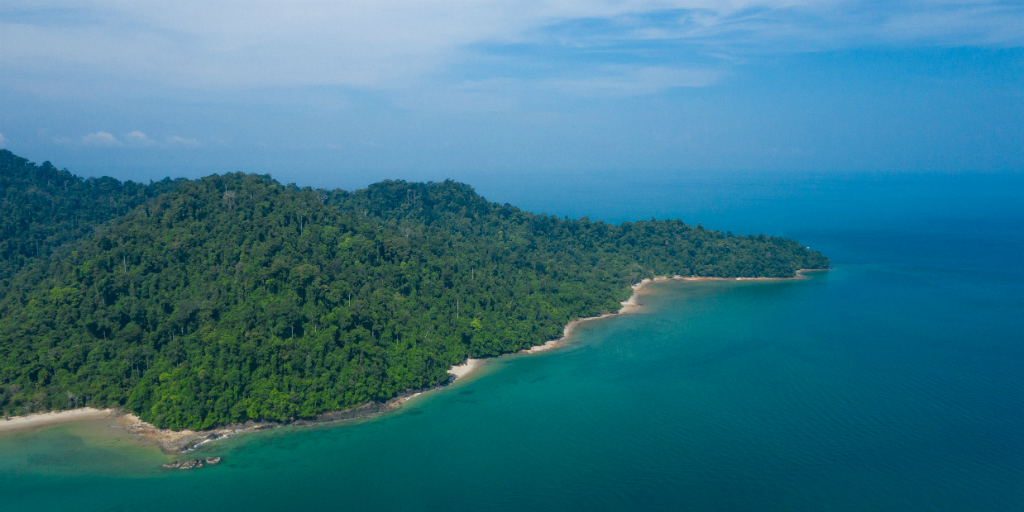 Because of this, local people were pushed onto land that wasn’t their own – including the natural habitats of wild animals.

Thailand has seen a reduction in wetlands, and coastal habitats – like mangroves, seagrasses and coral reefs – ecosystems that Thailand can’t do without.

Beyond just the loss of natural environments, this situation made the day-to-day life of local people much more dangerous – take for example their visits from angry elephants or poisonous centipedes.

And of course, the boom in tourism meant more fuming cars and piles of waste to tend to. 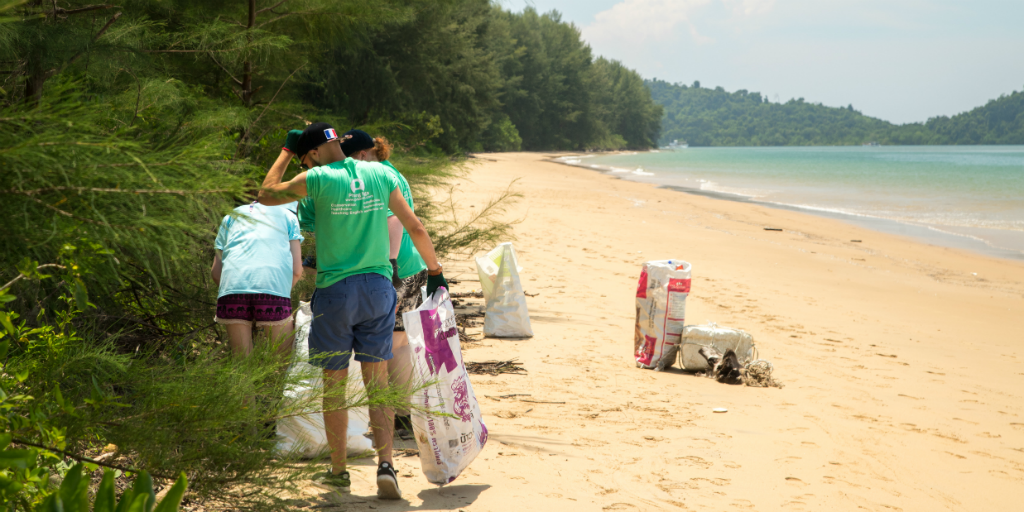 This has made pollution a key concern for this top tourist destination.

Thailand, in particular, was facing a heavy load of air, water, noise and even light pollution during the torrential influx of tourists in 2018.

By 2019, air pollution levels in some of Thailand’s most visited locations was so high that schools were closed, and car usage limited. And there was no hiding the magnitude of the situation, with cities being draped in a thick blanket of fog for all to see. 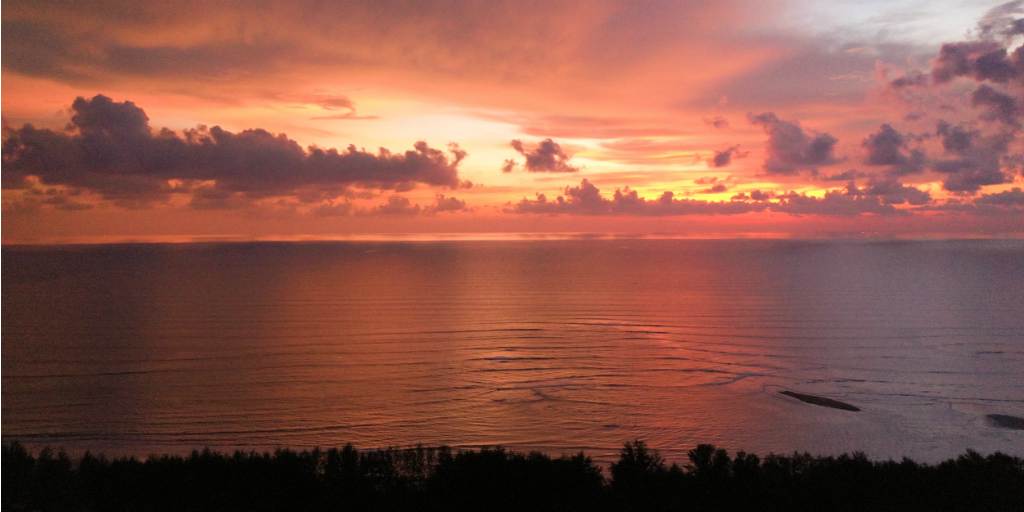 While all of these factors caused trouble in Ao Phang Nga National Park, the main culprit was mass tourism.

The steady stream of tourists entering Ao Phang Nga National Park left little to no recovery time – the time it takes for fauna and flora to recover after heavy tourist traffic – for this national heritage site.

But the truth is that these troubles didn’t just turn up in 2018. They came from years of mass tourism taking its toll on Thailand.

And the Thai government had been taking note. Working with the International Union for Conservation of Nature (IUCN) they launched a toolkit aimed at protecting the environment and natural resources of Phang Nga in 2010.

But the lack of local buy-in and continued mass tourism trade made it hard for this toolkit to make its mark, and the global community could tell.

In 2018 Ao Phang Nga National Park was placed on Fodor’s no travel list, to emphasise the fact that too much tourist love was tripping up this top tourist destination.

How Thailand is working its way off the no travel list 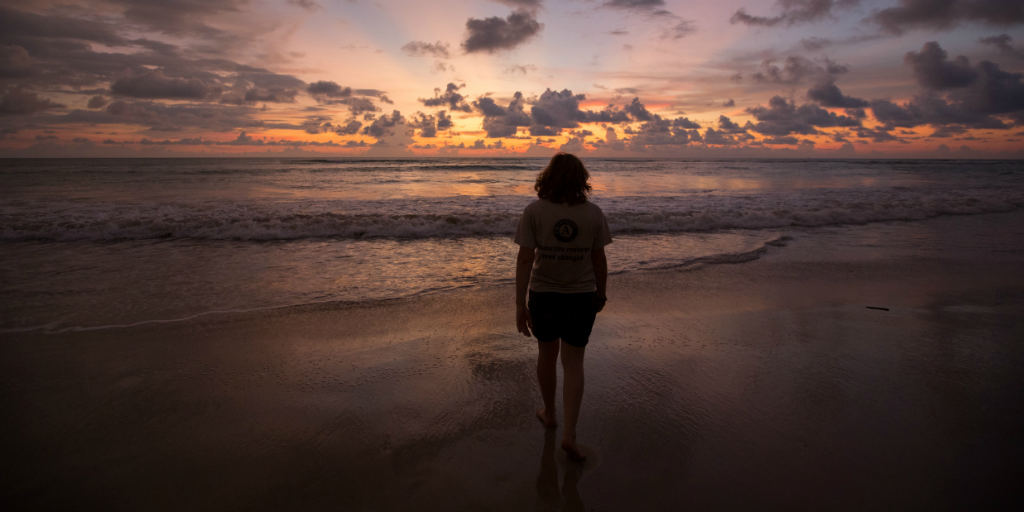 Although Ao Phang Nga National Park topped the list in 2018, Thai destinations have been a constant on Fodor’s no travel list for some time.

And the Thai government has taken up the task of getting Thailand out of the red.

It offered up activities for the government and local Thai people to commit to that could turn around the effects of mass tourism.

This plan intensified the country’s focus on improving its natural environments.

For Thailand, taking back control lay in striking the right balance between tourism and Thailand’s well-being. And responsible tourism offered up solutions to steady the scale. 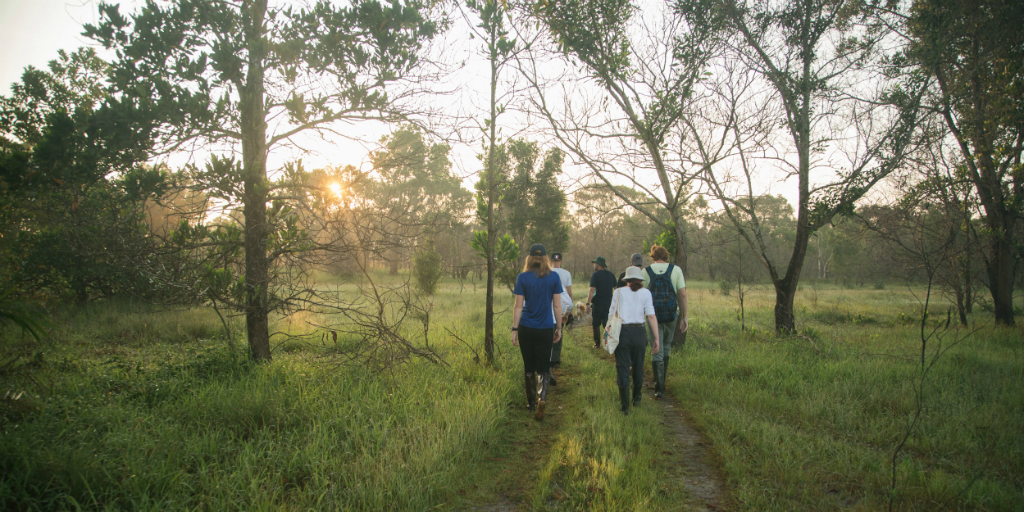 Responsible tourism is when tourists and the travel sector take responsibility for conserving natural environments, local culture, and strengthening the local economy.

This is the end goal that the Thai government is trying to achieve with the help of toolkits and response plans.

These Thai legislative heroes have made more people aware of Thailand’s troubles, and how they can help to tip the scales in favour of responsible tourism, and topping Fodor’s go list.

And grassroots activities that speak to these goals are up and running all over this top tourist destination – like the community-led waste management programs sweeping the nation.

But with mass tourism still taking Thailand by storm, turning this trend around could pump up Thailand’s progress.

How to go from mass tourism to meaningful tourism

Travel packages that offer jam-packed itineraries and tantalising trips are not only driving mass tourism, they also provide very few opportunities to make a positive impact when visiting Thailand.

The following two programs, based in Phang Nga province, take a different approach and can offer the Thailand experience with tons of ways to make your trip more meaningful. 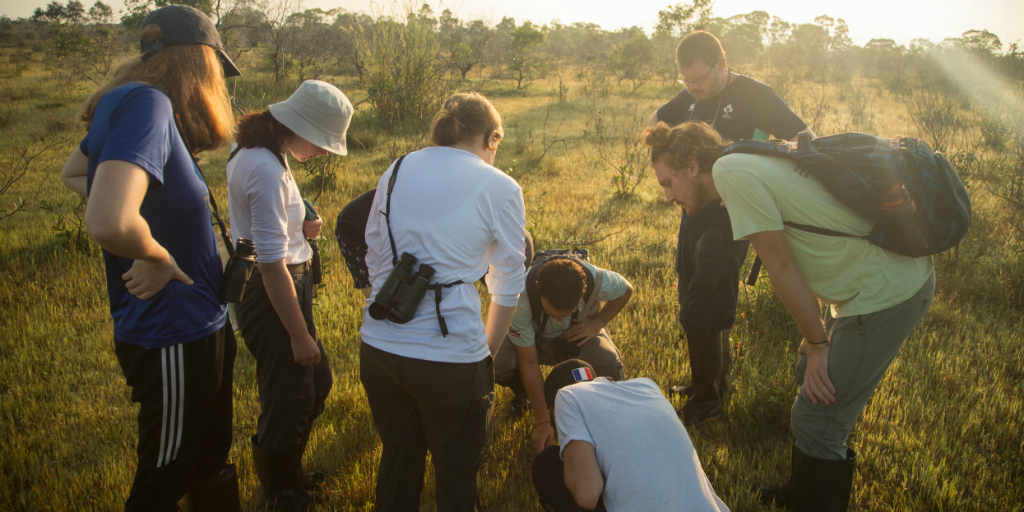 Making a contribution to conservation could assist in curbing the impact of overdevelopment. And this concern is affecting areas beyond Ao Phang Nga National Park.

You’ll also assist with environmental awareness education with local people, and make a positive contribution to reducing pollution of all kinds in Thailand.

2) Plastic pollution and conservation in Thailand 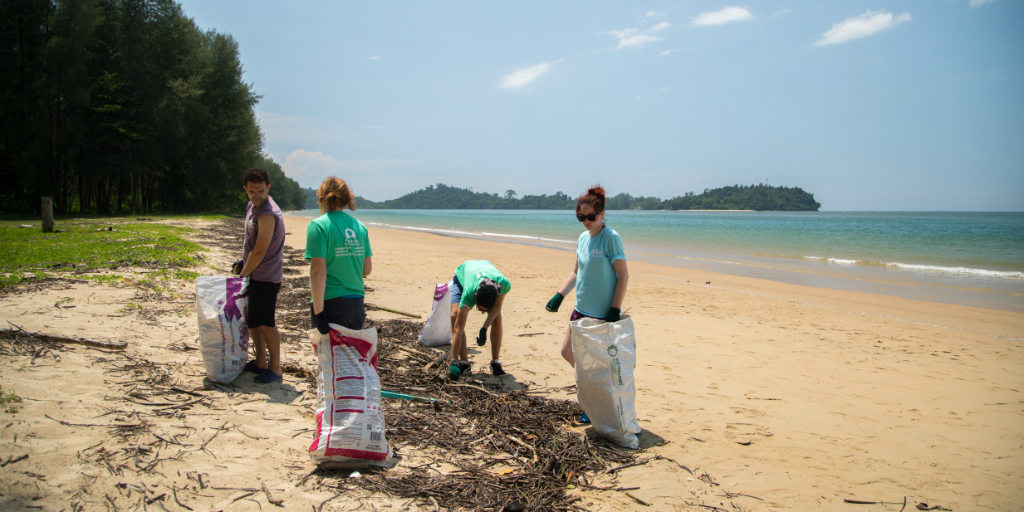 This program allows you to make a positive impact in the way that plastic waste is disposed of.

It gets you involved in regular beach cleans, and conducting environmental education – at local schools and with the broader community.

These programs contribute to efforts on the ground and help Thailand to build towards a more manageable future.

If you’re keen on travelling to Thailand and want to contribute in a positive way, take a look at our volunteer opportunities that offer a meaningful alternative to mass tourism.

Tasneem Johnson-Dollie is an intern at the GVI Writing Academy. The Writing Academy is a skills-development program that pairs development editors with budding travel writers. Learn more about the program here.