Covid-19, the virus that sent 2020 and the whole world into chaos. At the beginning of the year who could have ever predicted what would unfold as the months started to go by, and even now I don’t think we can really be sure of what will come. Hundreds of countries have been impacted by the virus, and unfortunately Cambodia hasn’t escaped the wave of destruction.

On the 27th January Cambodia reported its first case. The case was detected from a man arriving back from China, who was then quarantined and fortunately recovered after 2 weeks. February 13th a 2nd was indicated, this time from a passenger on board a cruise liner, to which the country acted quickly and quarantined all passengers. When the 3rd case was detected on 7th March in Siem Reap, it was the schools turn to act quickly with all centres closing in the province. Initially they thought the closure would only be for a couple of weeks, but March showed the true severity of the virus across the world and 11 days later across Cambodia further restrictions were in place. This included; closure of all schools, museums, cinemas, concert halls, bars, and karaoke establishments, any large religious gatherings were prohibited, and 5 countries were suspended from entry into the country. March 26th/27th saw the land borders to Vietnam, Thailand & Laos close, and with the suspension to follow of all visa free entry, e-visas and visas-on-arrival for all foreigners. The month came to an end with the total number of cases at 109. 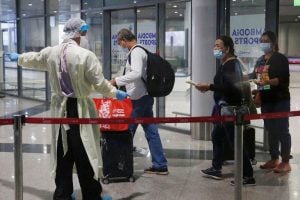 Due to the country acting quickly, imposing additional measures such as 2 weeks of quarantining on arrival, and also testing upon arrival, Cambodia has been successful in keeping the cases relatively low with no fatalities. Today there are 273 cases, with the majority being from people arriving into the country and so are being automatically quarantined anyway. The great news is that 225 have made a full recovery, but the country knows it has to tread carefully in order to successfully beat this virus.

A lot of Cambodia has begun to try to go back to normality, with some in-country restrictions being lifted, and their Khmer New Year holiday finally being allowed to take place this month. However precautions taken with people arriving in Cambodia still remain, and whilst they are still in place the tourism industry will continue to be greatly affected. The lack of tourism is having a huge knock on effect on Cambodia’s economy. Not only are popular tourist attractions like ghost towns, but local people who work in the industry are now having to completely change their way of life in order to survive. 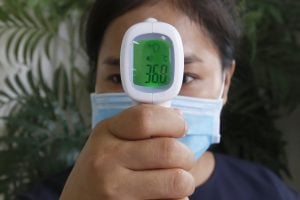 One area that was hit hardest when covid-19 took hold was the education sector. 13,300 schools were ordered to close, but The Ministry of Education, Youth and Sport quickly adapted and launched a new e-learning initiative, where students grade 1 to 12 could access pre-recorded lessons online. However, in order to be able to access these materials, families not only needed devices such as laptops or smartphones to watch the content, but they also needed electricity and data/wifi. These added costs have made it impossible for a vast majority of students to view the content especially in these times of even further economic struggles. Some students have been without any form of education since March, and it is heartbreaking to see students’ futures becoming so much harder, due to reasons they have no chance of controlling.

However there has been hope this month, with 20 schools being allowed to reopen under strict health & safety guidelines. These schools are those of a high standard, that can honour the agreement that encompasses social distancing on campuses, and this means they are mainly private run international schools with students who can afford to attend. In theory as these schools open and lead the way on how to safely operate, other learning centres with less resources will be able to follow suit. When this will be though is unclear. All of the partners that GVI work with are just taking each week as it comes, and hoping they can operate properly soon in order to best support their students. 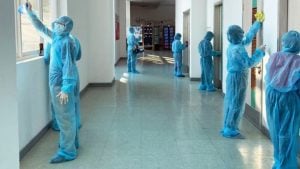 Even though this past month there has been progress, Cambodia and the world has a long way to go before we are out of this very difficult time. We know Cambodia is a very resilient country but the implications of this virus will no doubt be seen for years to come. Progress may come in small steps, but hopefully this means that the communities can remain safe. We look forward to when GVI can return to Cambodia and help our partners in their missions, as we know that now more than ever supporting their work will be even more crucial.